by Pam in Western Isles collection 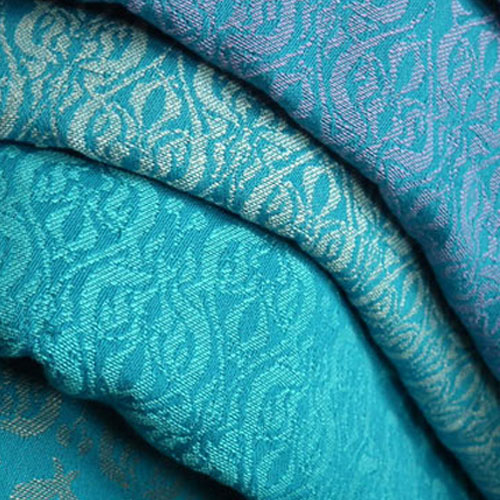 The Western Isles Collection was the first Collection launched by Oscha – previous releases had been ‘Solo’ releases or belonged to the Dyed Grad or Art Dyed “collection”. It was first hinted at on Facebook on 2 August 2011: “We’ve made some more Sea Breeze, Indigo Violet and Apple gradations and will be adding them to the website later today.
We’ve just got a couple more batches to do and then there will be a bit of a break before we add anything else to the Irish Linen section. Could be that there’s going to be a bit more activity elsewhere in the site though ;).”

In order of preview:

All 6 previewed items were released on 19 August 2011: “Everything we have ready should be listed on our website at around 1pm today. Here’s one last picture until then (Japanese Knot ‘Jura’)”

“Inspired by summer boat journeys between Scotland’s West Coast Islands. Evoking images of the shallow turquoise water as the boat leaves the dock, moving into wide, deep waters. The fresh breezes, open blue skies and fluffy white clouds. Rocky coasts dusted with heather, everything fades and cools as the misty harr rolls in.

These weaves have a delicious deep silky lustre and sheen. There are four patterns available… Nouveau, Japanese Knot (‘ooki’), Small Japanese Knot (‘chiisai’) and Starry Night.  Two of the new lines are 50% linen/cotton mixes, and two are 20% linen/80% cotton.”