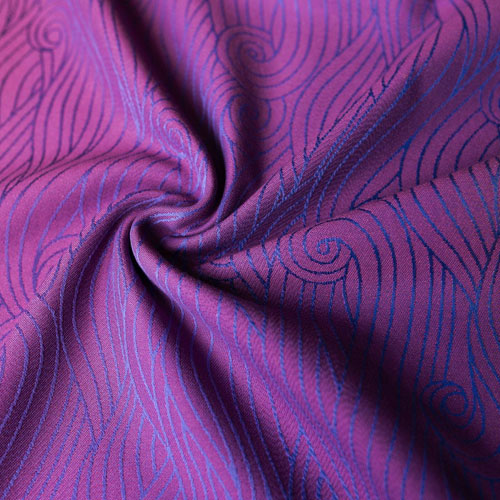 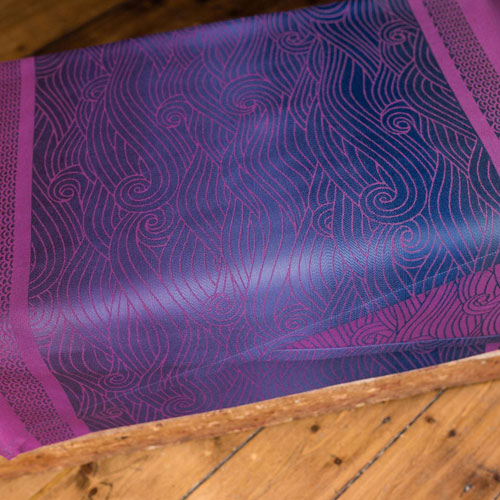 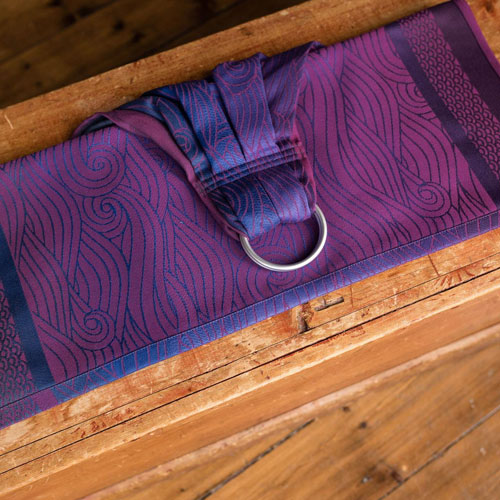 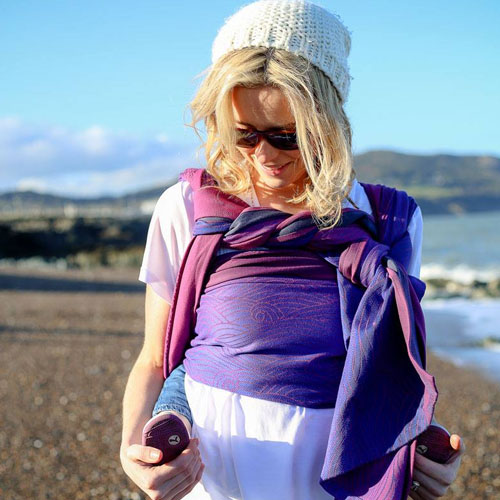 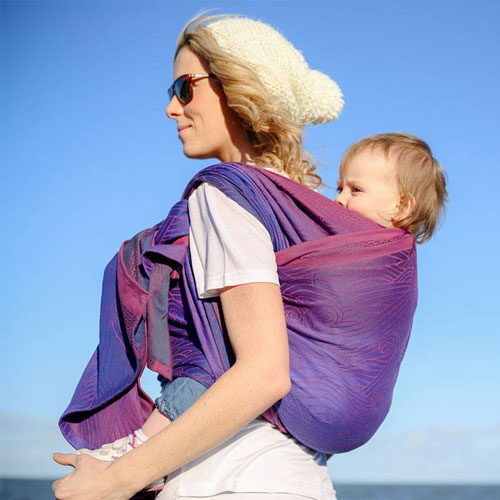 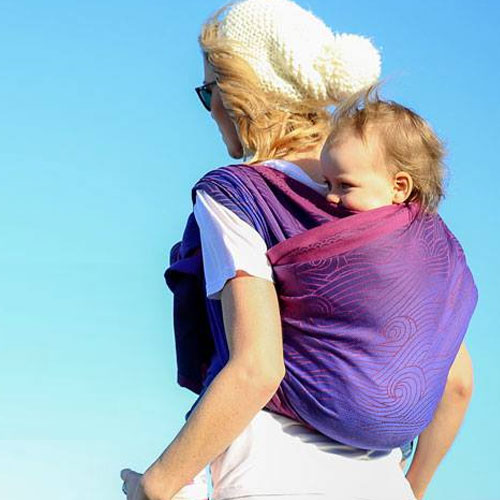 Kasumi Fiend Angelical was part of the SSF draw to purchase and was released afterwards.

My bounty is as boundless as the sea,
My love as deep; the more I give to thee,
The more I have, for both are infinite.

The Romeo and Juliet collection was started in 2013, a teaser and the first pics were posted on 15 September. While the colourway ‘Juliet’ had already been released before, this collection introduced a variation of purples (Rosaline, Verona, Valentine, Escalus, Paris, Capulet) and blues (Romeo, Benvolio, Montague, Abram, Mercutio). The Romeo colourway has been used on a number of test runs/prototypes as well.

The 2016 addition to the Romeo and Juliet collection features the ‘Star-crossed lovers fade’, a warp gradation from Juliet purple to Romeo blue, combined with rich magenta, bright turquoise, black, white, ecru and, for the first time, a gradation weft especially made to harmonise with the warp. This is different from the grad weft that has been done before on for instance Sekai Jol and Rive Jig of Joy where the warp grad was repeated on the weft.

Kasumi and Rei are both based on the Okinami pattern, but they feature only the lower wave part. While Rei shows only waves, Kasumi has a border with a pattern that became known later on as Sekai.

Kasumi is a Japanese name (quite a few Manga characters bear the name) as well as a few other things. It literally translates to ‘Mist’. The source of the pattern name hasn’t been found (yet).

The 2016 additions to the Romeo and Juliet collection are all named by phrases from Shakespeare’s play. The term Fiend Angelical appears to be an oxymoron, both devil and angel, referring to Romeo whom she loves but cannot love.

JULIET
O serpent heart hid with a flowering face!
Did ever dragon keep so fair a cave?
Beautiful tyrant! Fiend angelical!
Dove-feathered raven, wolvish-ravening lamb!
Despisèd substance of divinest show,
Just opposite to what thou justly seem’st.
A damnèd saint, an honorable villain!
O nature, what hadst thou to do in hell
When thou didst bower the spirit of a fiend
In moral paradise of such sweet flesh?
Was ever book containing such vile matter
So fairly bound? Oh, that deceit should dwell
In such a gorgeous palace!