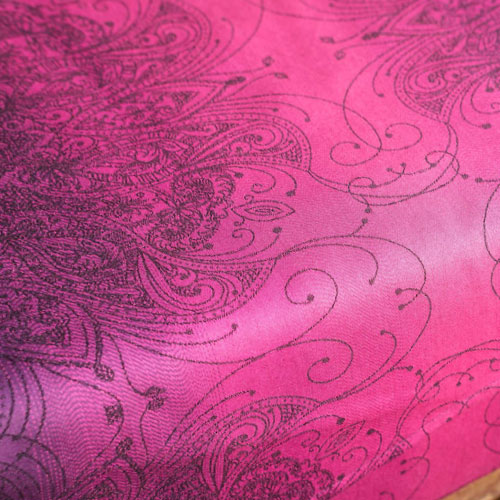 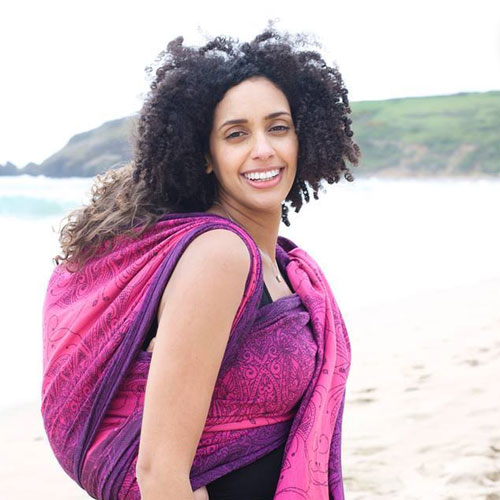 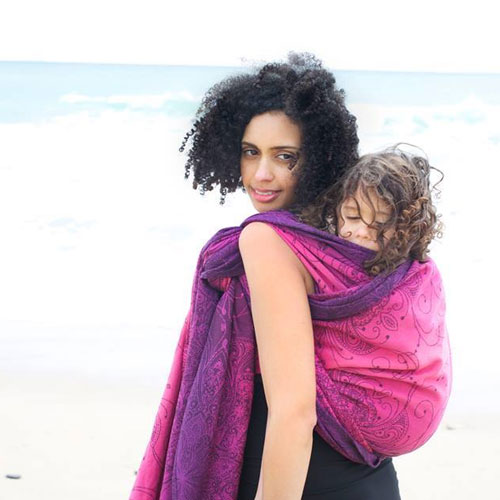 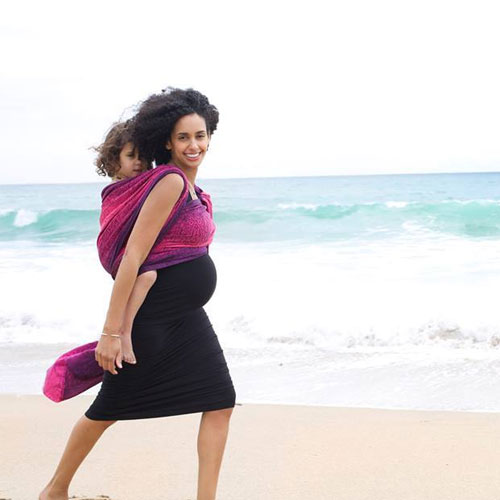 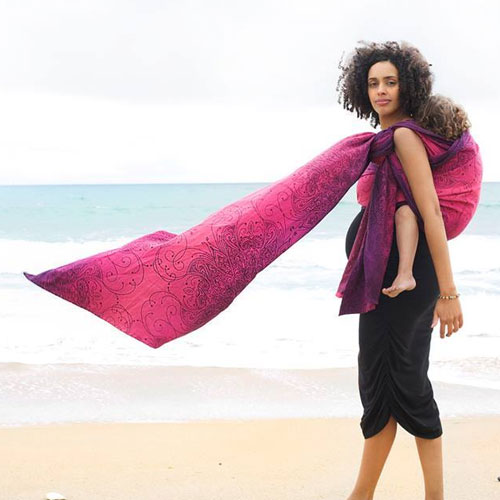 “The first addition to the Botanical Collection (Fuchsia Edition), Sundara Roesse is woven on a warp featuring purple borders fading into magenta, with a black weft. It is 100% organic combed cotton and weighs approx 265gsm.”

“Taking inspiration from the colours, shapes and forms of plantlife. The first additions to this Collection are woven on a dazzling purple to magenta fade reminiscent of beautiful & abundant fuchsia flowers.”

Sundara is a mehndi inspired pattern. Mehndi or henna is the application of as a temporary form of skin decoration. It is practiced mainly in India and the Arab world (source: Wikipedia).

Sundara Roesse is the third colourway in which Sundara is released. First was Sundara Bonie Bell (Northern Isles Collection) and second Sundara Pearl, a Boutique item.

Sundara Roesse gets its name from Roesse fuchsias, a type of fuchsia hybridised by Carel Roes (The Netherlands). Fuchsia’s are known for their vibrant magenta/pink/purple flowers. This makes it a fitting name for a wrap of the Fuchsia Edition of the Botanical Collection. Source: Roessefuchsia.com