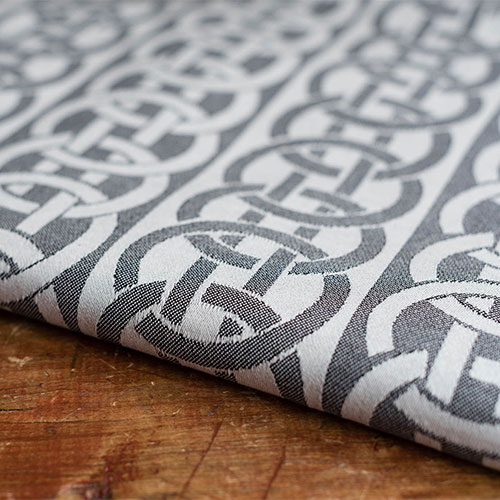 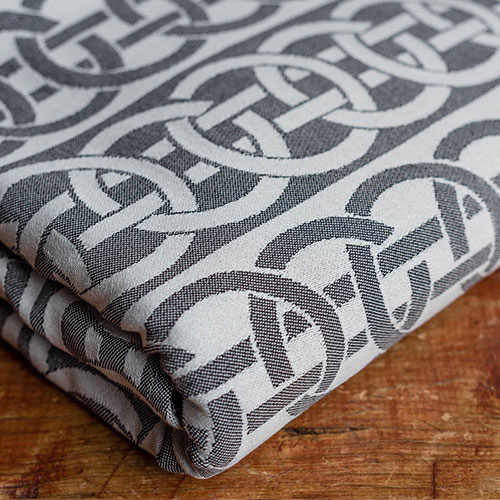 “Japanese Knot Zen in our new luxurious Sea Island Cotton, is an Oscha Classic with a twist.
Hand picked and cultivated exclusively in the British West Indies, Sea Island cotton has unique qualities due to its long fibers which give a wonderful silken sheen and outstanding strength. Certified by The West Indian Sea Island Cotton Association, each wrap will come with a hologram logo, guaranteeing the luxurious qualities of this extremely rare material.
50% Sea Island cotton, 50% organic combed cotton. Approx 300gsm. 24 wraps and 1 ring sling available.”

“Oscha Boutique offers exclusive, limited edition wraps, featuring luxurious yarns, one-off designs, and prototypes. It will also feature new blends of fibres and exclusive patterns. We are excited to apply our love for creating and experimenting to the making of these unique and individual pieces. ”

‘Ooki’ means ‘big’ in Japanese. The Japanese Knot design comes in two variations, Ookii and Chiisai (chiisai predictably meaning ‘small’).
Because the word ‘ooki’ is used as an adjective you will commonly see it written as ‘ookii’ or ‘ooki na’. Before 2016 Ookii was actually spelled Ooki in wrap names. As explained above, the correct way to write it is Ookii and this has been changed on Oscha’s website and FB page since 2016. Because many people know these wraps by their ‘old’ names, those that have been originally released with the name ‘Ooki’ remain uncorrected.

A truly peaceful, calm colourway in ecru and black, Zen is and has been a very popular colourway since the beginning. A ‘jeans wrap’ to be combined with almost anything you’re wearing, you can’t go wrong with an Oscha Zen wrap.
Zen originated in China and developed as a distinguished Chinese style of Buddhism. Zen emphasizes rigorous meditation-practice and insight into Buddha-nature. It also emphasizes the personal expression of this insight in daily life, especially for the benefit of others. As such, it de-emphasizes mere knowledge of sutras and doctrine and favors direct understanding through zazen and interaction with an accomplished teacher. Source: Wikipedia.