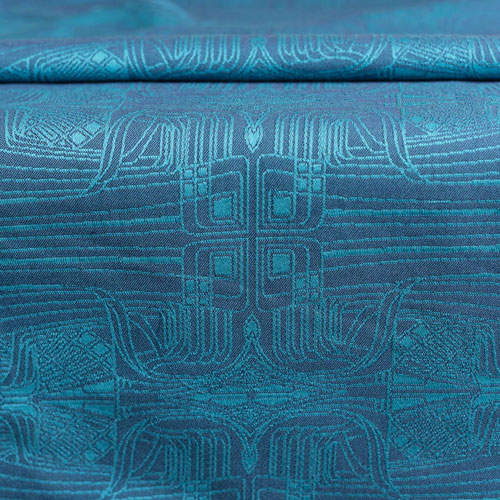 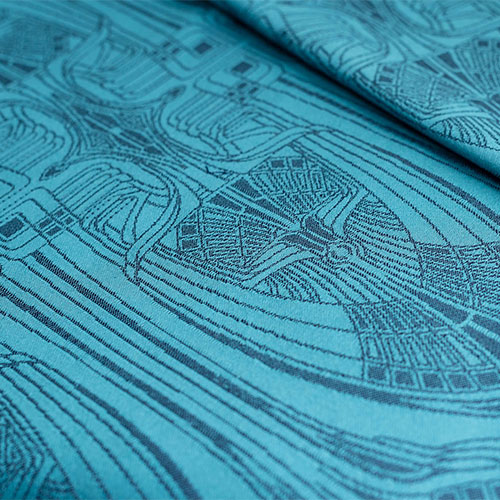 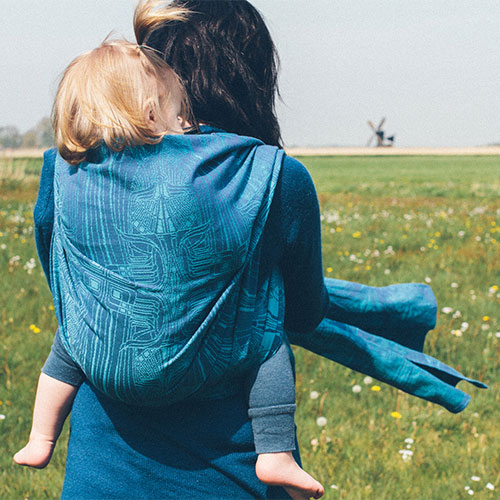 Façade Bay was announced and released on 1 June 2015 on Facebook.

“Get some vintage style with this stunning Art Deco pattern. Façade Bay is 100% organic combed cotton, it is soft, strong and suitable for all. Approx 260gsm.”

“Refreshing, enlivening and calming: the Oscha Coastal Collection evokes qualities of being by the ocean.

From deep blues and sandy shores to sunsets over rippling waves and turquoise lagoons, this range of baby carriers and lovingly woven My Oscha items will remind you of the seaside all year round. ”

This Collection was first introduced in 2015. It launched with Koi Bay and Alto Haze and now continues with Façade Bay. The collection is based on the many different tones of blue and green found along the coast, ranging from turquoise and teal to deep blues and purples.

“A stunning, sophisticated Art Deco pattern.”
The pattern reminds some people of Transformers 😉

Façade Bay was the first edition of this new pattern (2015).

A bay is a body of water connected to an ocean or lake, formed by an indentation of the shoreline. A large bay may be called a gulf, a sea, a sound, or a bight. The land surrounding a bay can often block waves and reduce the strength of winds. Source: Wikipedia.