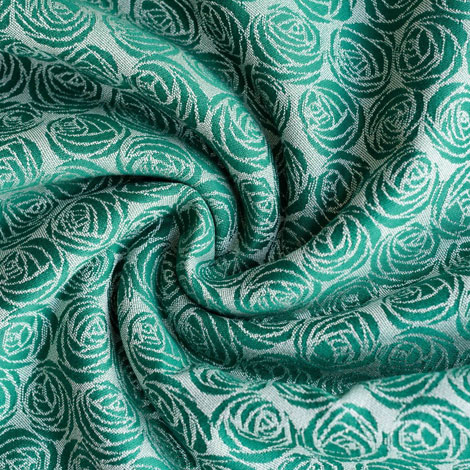 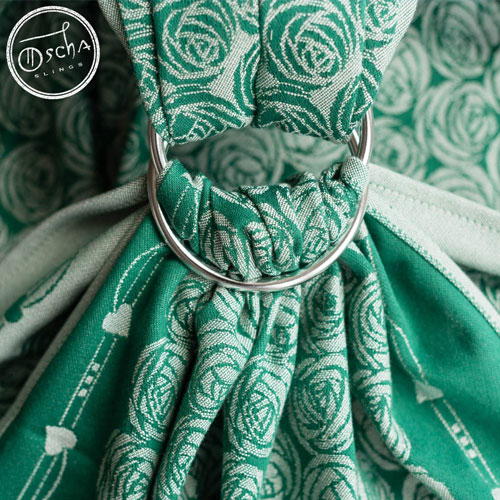 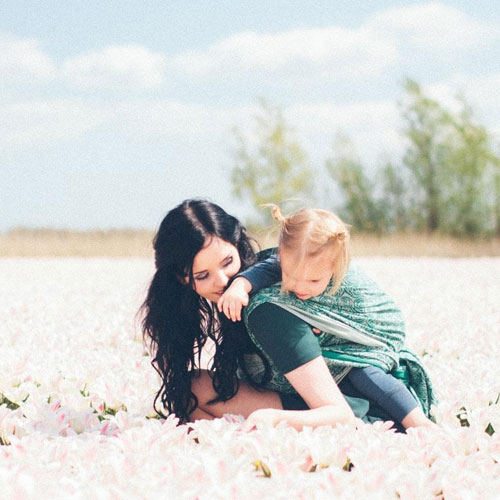 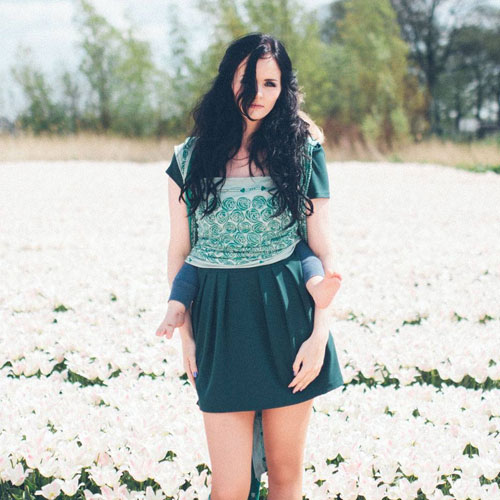 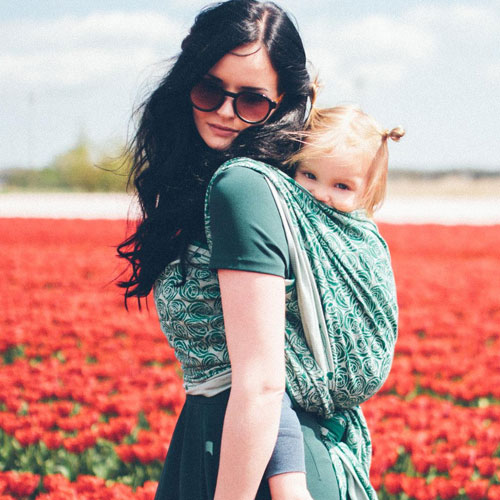 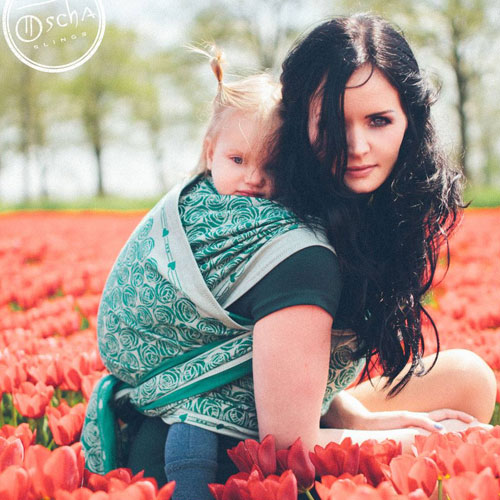 Roses Ismay was first previewed in Oscha’s May Newsletter, sent on May 22nd 2015. It was then announced on their Facebook page on May 24th and released later that day.

“Forest green and ecru, Roses Ismay is 100% organic combed cotton, approx 270gsm. This wrap is suitable for all.”

“Great forests once covered most of Britain, they provided a home and nourishment for all who lived within them. Now most of these great woodlands are gone, but in the small pockets that remain there is an abiding beauty and wonderful diversity of trees and plant life. This Collection is an ode to these woodlands, it attempts to call to mind their pervading sense of serenity and to draw on the senses. The scent of pine and bark, the calming vision of dappled light on a myriad of greens. The colour and textures of tree barks, gentle blooms and berries. Grand, ancient trees stand tall whilst, at their base, young, fresh shoots spring forth and gentle ferns uncurl as the forest continually re-creates itself.”

Introduced as part of the Winter Solstice Collection in December 2011, Roses has become one of Oscha’s most popular designs (even if it reminds some of cabbages). The first Roses release was Roses Noel. Roses were the second new pattern introduced with the Winter Solstice collection, after Strato and before Eden.

To those familiar with the work of Charles Rennie Mackintosh it’s easy to recognise the origins of the design. Charles Rennie Mackintosh (7 June 1868 – 10 December 1928) was a Scottish architect, designer, water colourist and artist. He was a designer in the Post-Impressionist movement and also the main representative of Art Nouveau in the United Kingdom. He had considerable influence on European design. He was born in Glasgow and died in London. Source: Wikipedia.

Ismay is a name, meaning ‘esteemed’ or ‘beloved’. It is said to be derived from ‘aestimatus’ meaning esteemed, or ‘amatus’ meaning loved. It may be derived from the name ‘Esme’. However one reference has been found that says otherwise: Unusual old germanic compound name possibly meaning ice or iron maiden. In use since the 13th cntury in England (spelled variously Ysemay, Isemay, Ysmay and Isamaya), Ismay is possibly related to the name Ismenia. Source: Babynamewizard.com.