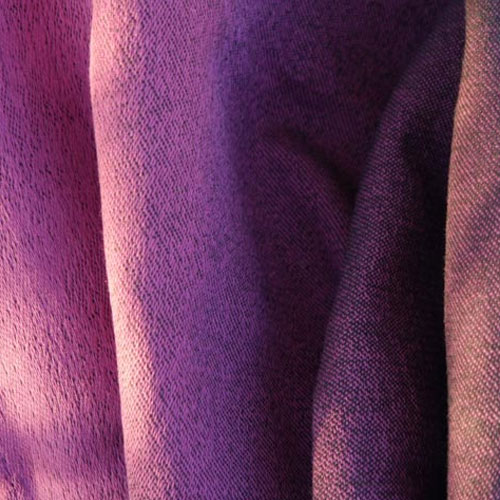 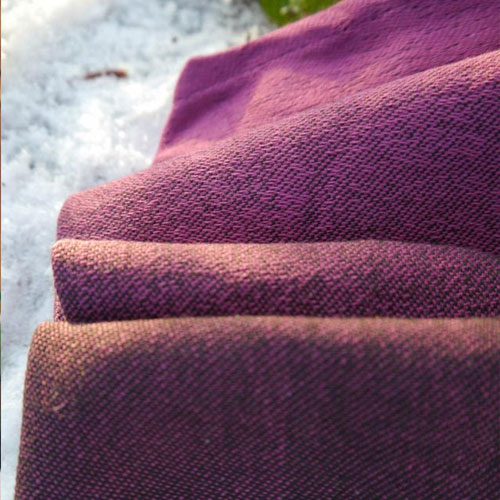 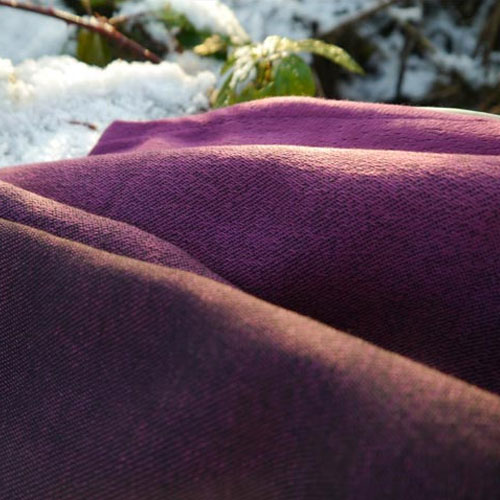 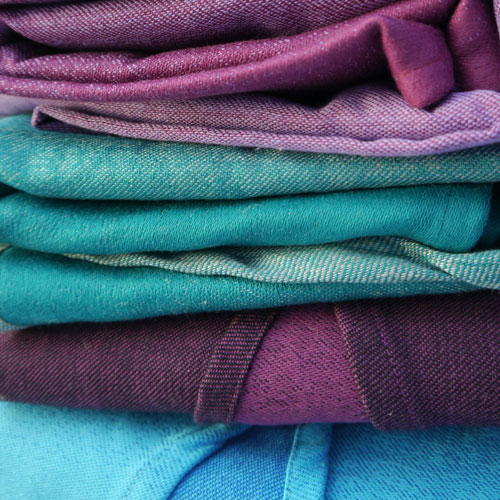 All fades were listed on 8 December 2012 after the launch of the new website. They were previewed on 9 October 2012 in the album ‘*NEW* FADE: Jacquard Woven Gradations’ and previewed in more detail on 5 December 2012. These are no longer on sale and are not even listed on the website anymore.

Although the ‘Fades’ are no longer a separate Collection, they do deserve a place here. And because they have their own history and info, I decided to make this a Collection, not part of the Dyed Gradations – if only because these are jacquard woven wraps, not plain or diamond weave like the Art & Grad Dyed wraps.

The blackberry is an edible fruit produced by many species in the Rubus genus in the Rosaceae family.
The term ‘bramble’, a word meaning any impenetrable thicket, has traditionally been applied specifically to the blackberry or its products, though in the United States it applies to all members of the Rubus genus. In the western US, the term caneberry is used to refer to blackberries and raspberries as a group rather than the term bramble.
The usually black fruit is not a berry in the botanical sense of the word. Botanically it is termed an aggregate fruit, composed of small drupelets. Blackberry fruit are red before they are ripe, leading to an old expression that “blackberries are red when they’re green”. Source: Wikipedia.