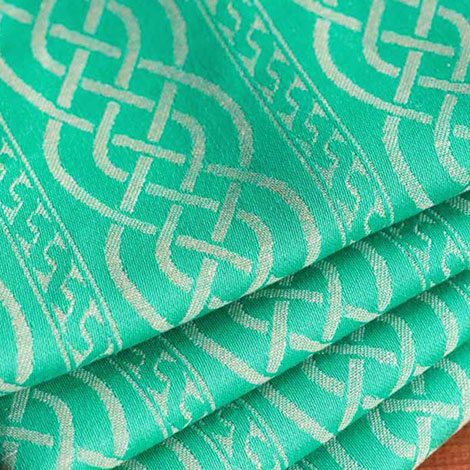 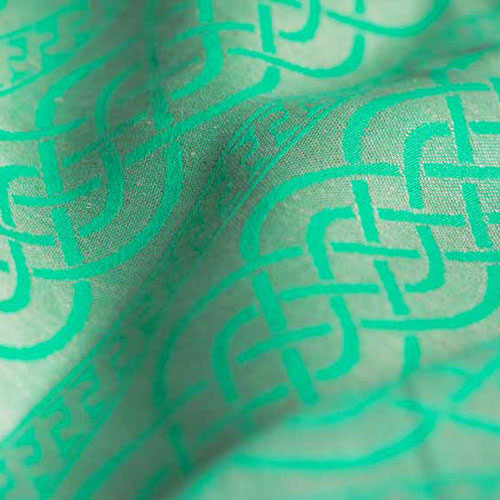 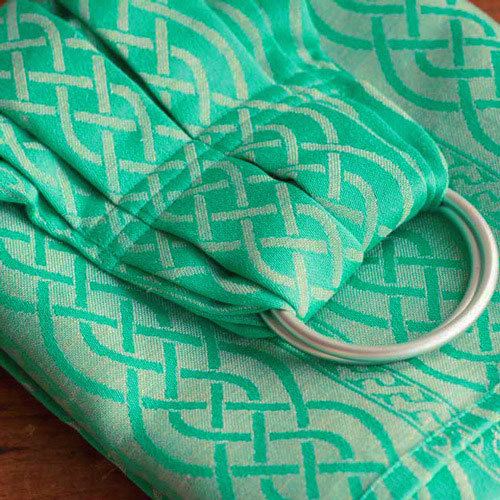 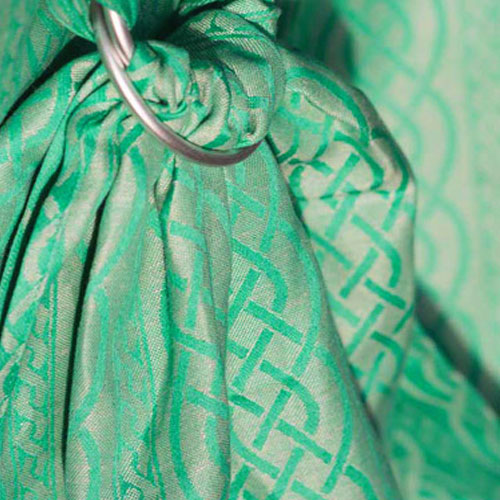 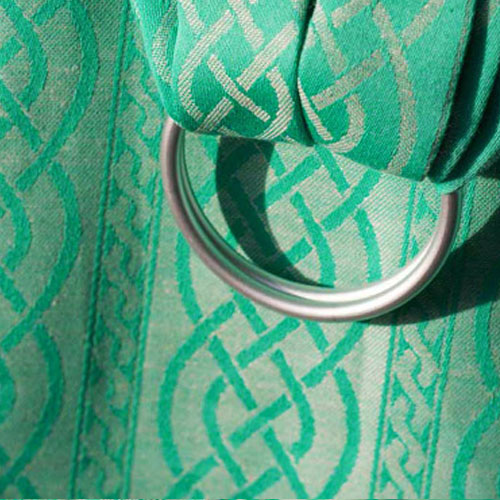 “Celebrating the first signs of the coming spring, Braid Brighid is a lively green with an amazing shimmer from the natural linen. This wrap changes colour depending on the light and brings hope of the sunshine and green life that is just around the corner! 50% linen, 50% cotton.”

“The Oscha Braid pattern has become an Oscha classic. Although it may be surprising to know that this pattern was not originally designed in-house. Back in 2012, we were contacted by members of ‘The Babywearer’, which was the hub for US and international babywearing chat, to make an exclusive wrap. They wished to have a unique design made by members of the group, the winner was the ‘Tree of Life’ pattern. However Zoe and Mike were personally interested in another entry to the design competition by Jamie Vandeloo; Braid. They were drawn to the strong, simple lines. It seemed to fit very well with the Oscha style of design; timeless, classic and elegant.

The pattern became an instant hit, with colourways such as Obsidian, Mallo, Pine & Rosehip being much appreciated by Oscha customers.

Braid has since been woven in a multitude of colours, from soft Islay to bold Brighid. It also lends itself very well to the multicolour fades. Even though it didn’t play a part in the original Oceania collection, it has since shone through in the Winter Solstice collection with Braid Norse. More recently it has featured in the recent Northern Isles collection as Braid Reel. Both home in on the northern spirit of Oscha and Oscha’s Celtic roots.”

Imbolc, also called (Saint) Brigid’s Day , is a Gaelic festival marking the beginning of spring. Most commonly it is held on 1 February, or about halfway between the winter solstice and the spring equinox. Source: Wikipedia.