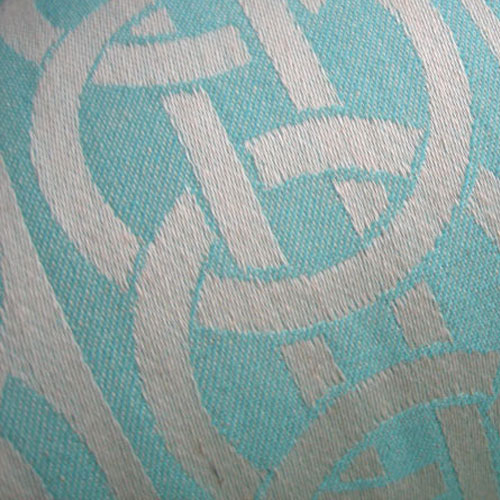 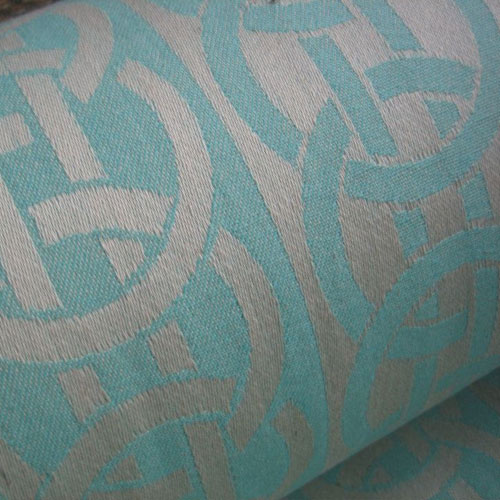 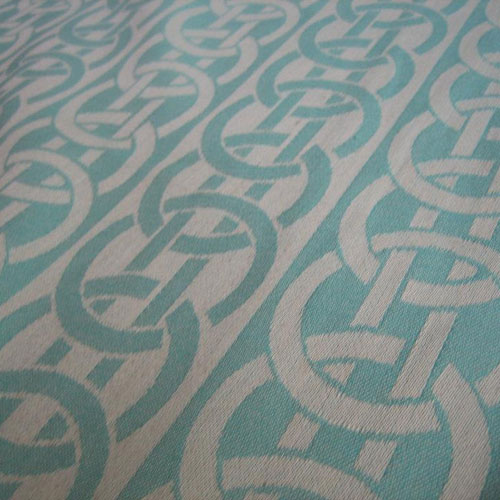 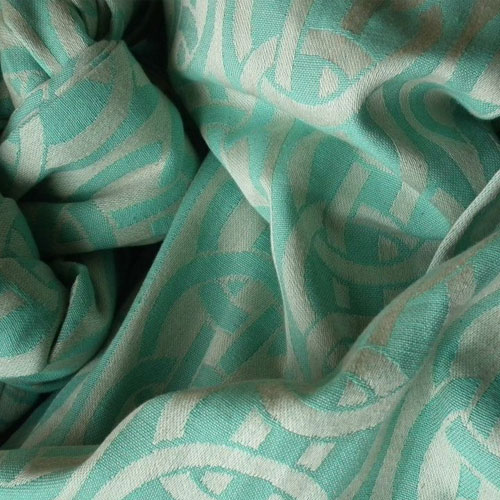 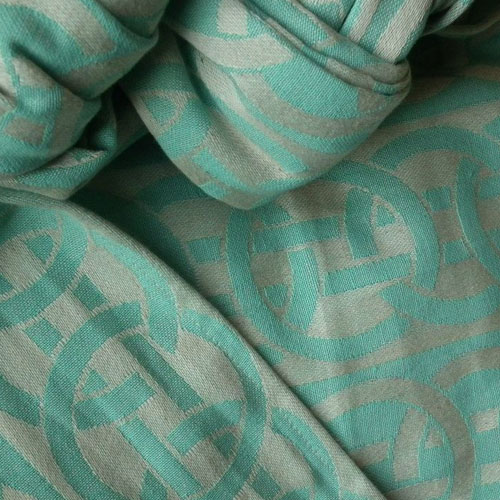 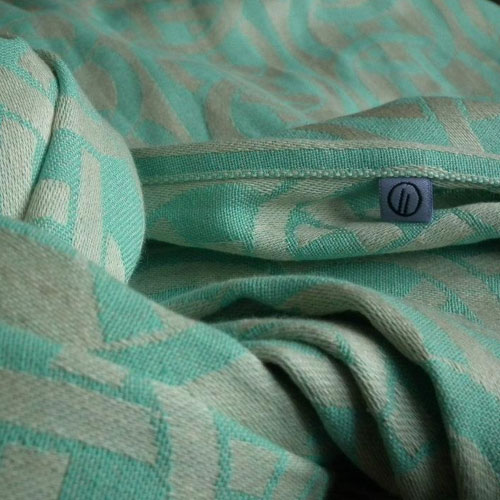 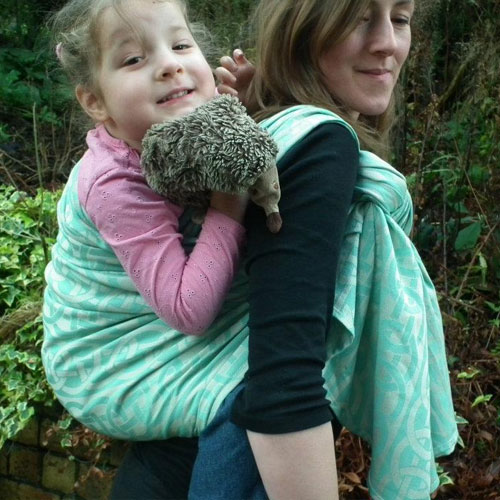 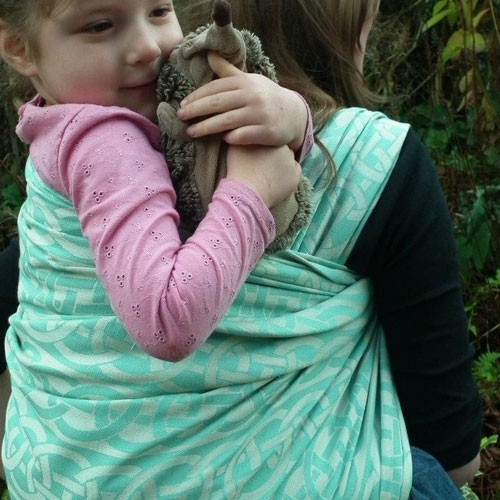 Japanese Knot Ooki Coll was woven by popular demand. A question was asked on Facebook on 7 September 2011 about which pattern to do in the Coll and Islay colourways (after the preview of JKC Coll and Nouveau Islay): “We have enough yarn left over to do a short run of Coll and Islay – these can be done in any of our patterns (Japanese Knot ooki or chiisai, Nouveau or Starry Night). What would everyone like to see?”

The decision was made on 8 September 2011: “Thanks for everyone’s input on what do do with our spare yarn! – we’re now planning to do Starry Night & Japanese Knot Chiisai in Islay, and Starry Night & Japanese Knot Ooki in Coll (both 20% linen). If you want one of these then please email us specifying which one and the size you would like. If too many people want the same type then we’ll pull names out a hat. There will only be about 10 wraps available in each pattern/colourway. Anything left over we’ll list on the site.”

2 October 2011: “For everyone who has a pre-order for one of the new Japanese Knot/Starry Night in Coll and Islay: your wraps are currently being made up and I’ll be in touch as they’re ready over the next week. Thanks for your patience :)”

I think we’re going to have a few extra which we’ll list on the website after the pre-order has all been sorted.”2 December 2011: “A bit of news for our extremely patient customers who are waiting for Japanese Knot Ooki Coll – it is being made up into your wraps right now so I’ll be in touch next week to sort out payment of the balance. I’ll also add some pictures, hopefully later today to keep you going in the meantime!”

Pics were posted on December 2nd: “Some quick pictures – hopefully you can see the lovely shimmer in some of them. It feels nice and soft too.”

7 December 2011: “Everyone should have received their second invoice for JK Coll Ooki now. We’ll list any that are left over on the website later today or tomorrow.” Leftovers were listed on 8 December 2011. Additional pictures were uploaded on 14 December 2011.

Weight is copied from Slingofest and unverified by Oscha; retail price is unverified.

Coll (Scottish Gaelic: Cola) is an island located west of Mull in the Inner Hebrides of Scotland. Coll is known for its sandy beaches, which rise to form large sand dunes, for its corncrakes, and for Breacachadh Castle. It is in the council area of Argyll and Bute. Source: Wikipedia.