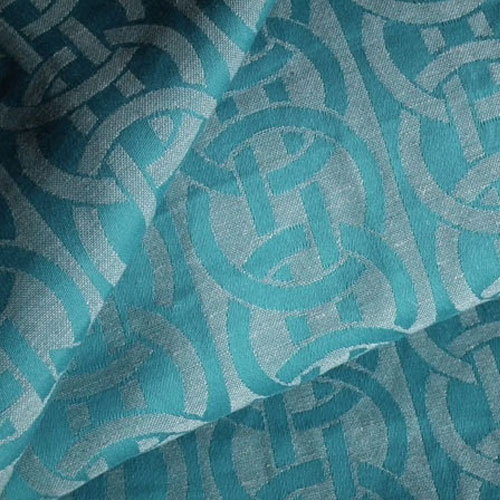 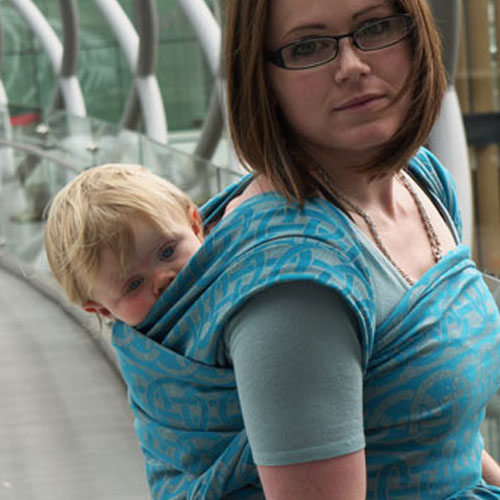 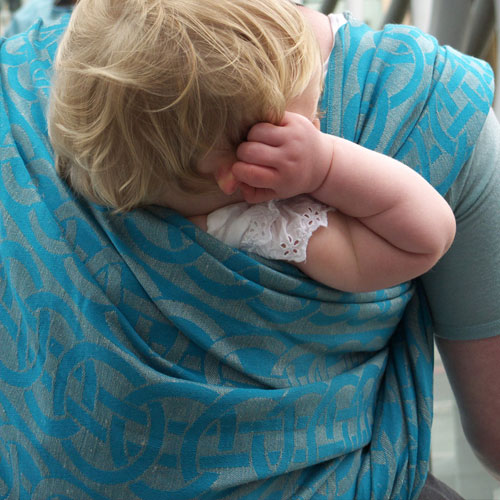 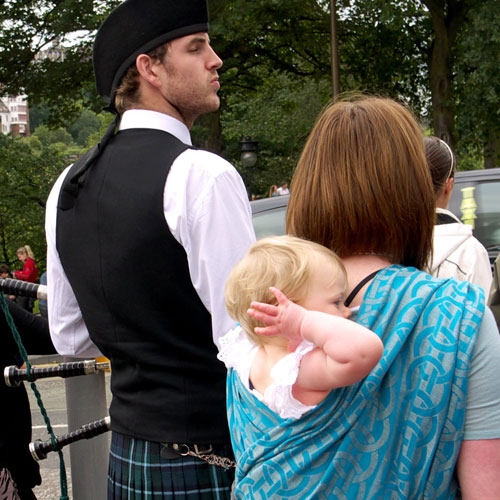 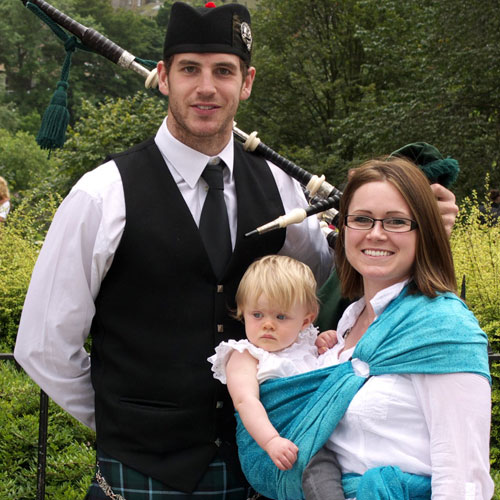 “Deep aqua cotton warp with linen weft. The natural linen has a wonderful silvery sheen, with some warmer tones as well. 50% cotton/50% linen.”

There were special offers too: “The size 3 has a small black mark near the hem. The size 5 has small skipped threads, and the size 7 has skipped threads. These wraps have been reduced by 10%.”

Weight (237gsm) copied from Slingofest and unverified by Oscha.

Oban (An t-Òban in Scottish Gaelic meaning The Little Bay) is a resort town within the Argyll and Bute council area of Scotland. Despite its small size, it is the largest town between Helensburgh and Fort William. During the tourist season, the town can play host to up to 25,000 people. Oban occupies a setting in the Firth of Lorn. Source: Wikipedia.