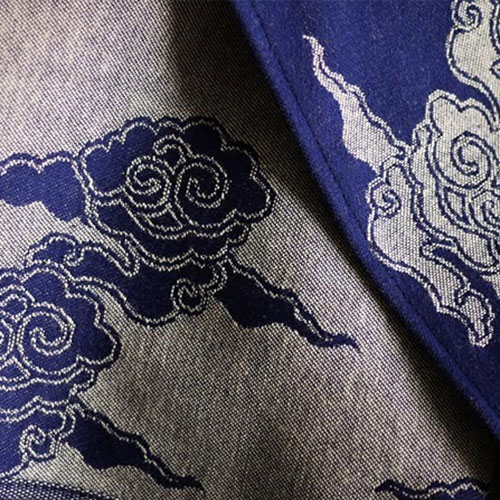 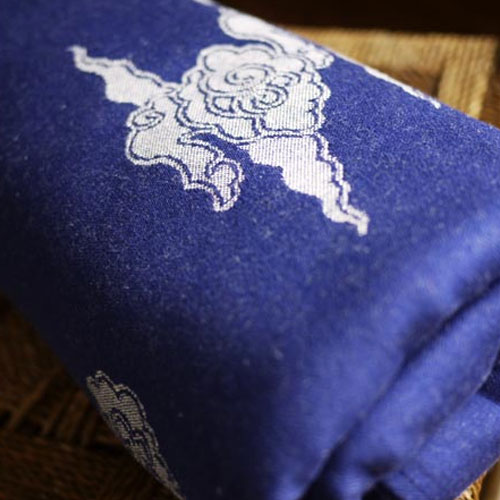 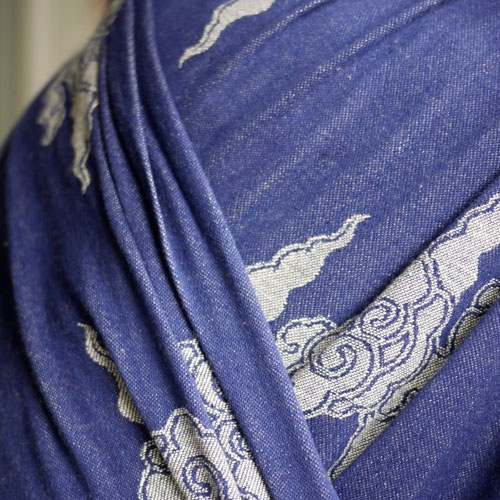 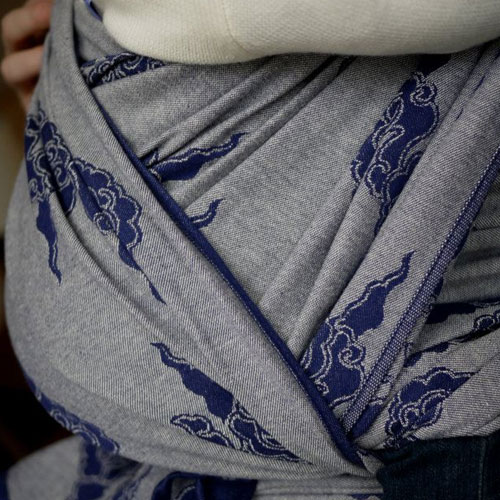 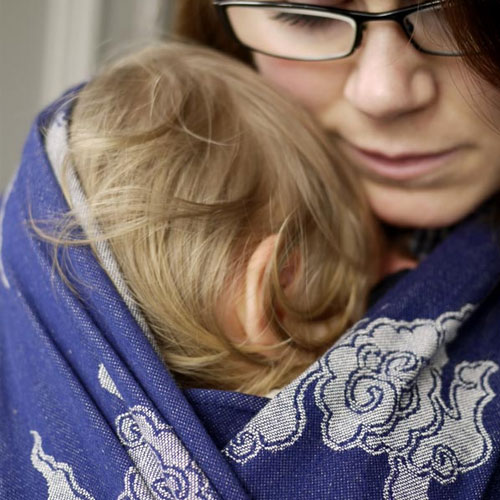 Alto Nebula: “Deep navy blue cotton warp with ecru cotton weft. A beautifully soft and supportive wrap. 100% cotton.”
Alto Nebula was announced 12 January 2012 without pics; pics were shared on the 14th. The release had been planned on the 16th but was postponed: “The original plan was to release them on Monday, but we’re going to try and fix the website issues first so it might be a little later.” (14 January 2012) It was finally released on 18 January 2012.
This was the first release of the Alto pattern. It features the same clouds as Strato but with more space in between the clouds: “They are more spaced out here, hence the change of name from Strato.” (15 January 2012)

Weight (239gsm) has been copied from wovenwrapsdatabase; it is unverified by Oscha.

As the sun moves to the Tropic of Capricorn, its furthest point in the Southern Hemisphere, the freezing North comes to the shortest day of the year. In the midst of this darkest time there is celebration where symbols of warmth, light and life are brought into the home in the knowledge that from this point we will begin to move back towards the sun. The colours in this Collection celebrate this time of ice, frost and long, crystal clear nights, as well as the joy that even in the darkest, coldest time, life is waiting to spring forth.

Nebula means ‘cloud’ in Latin. It is an interstellar cloud of dust, hydrogen, helium and other ionized gases. Source: Wikipedia.