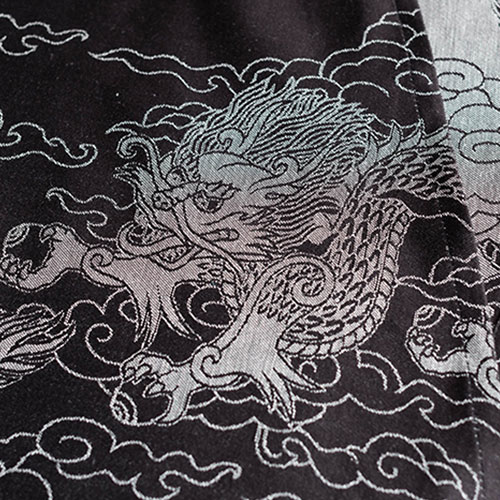 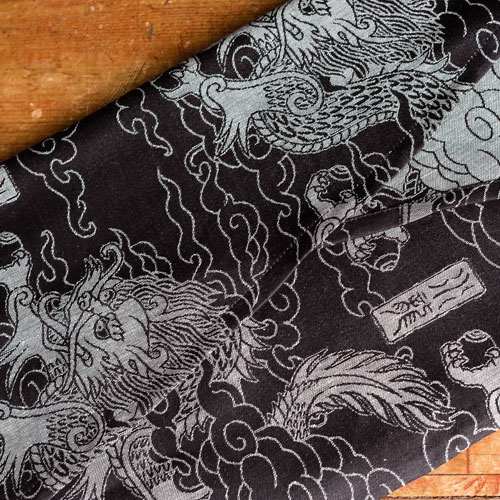 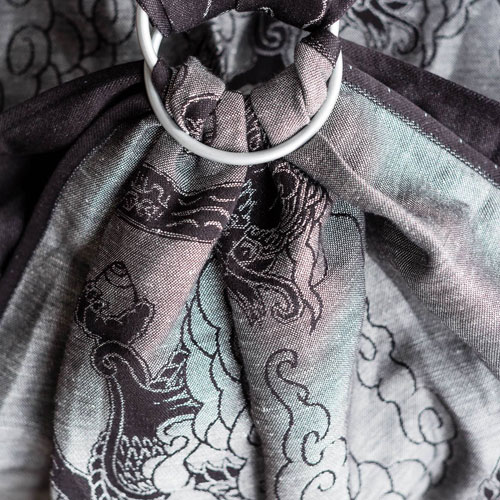 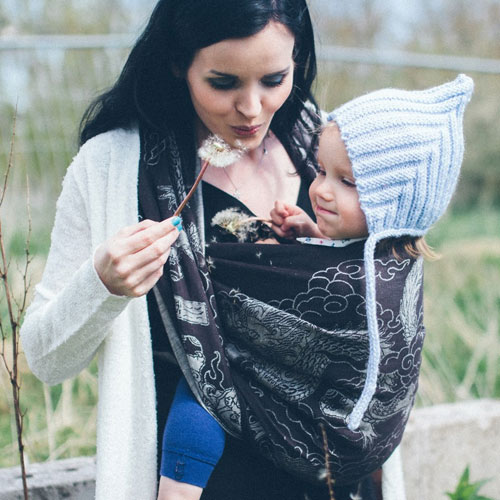 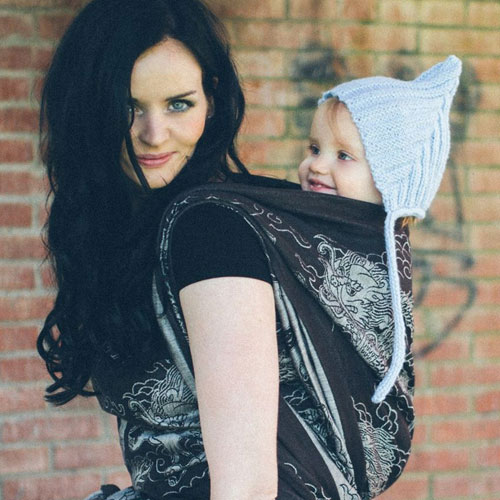 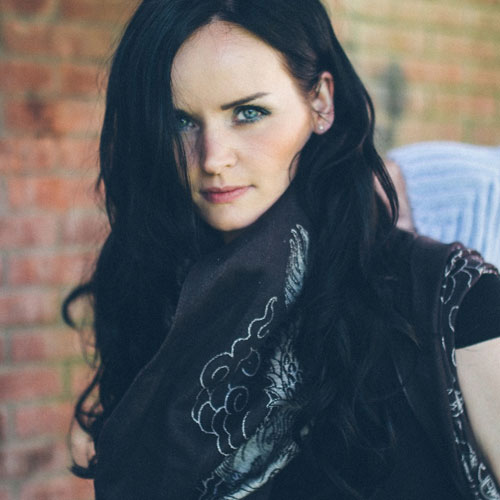 Shui Long Midnight was announced and released on 18 May 2015.

“A striking and bold Shuǐ Lóng in black and ecru. Woven with a hemp weft this wrap is extremely strong has a beautiful shimmer. Shui Long Midnight will soften with use to be suitable for younger children and offers excellent support for big kids. Approx 239gsm.”

“As the sun moves to the Tropic of Capricorn, its furthest point in the Southern Hemisphere, the freezing North comes to the shortest day of the year. In the midst of this darkest time there is celebration where symbols of warmth, light and life are brought into the home in the knowledge that from this point we will begin to move back towards the sun. The colours in this Collection celebrate this time of ice, frost and long, crystal clear nights, as well as the joy that even in the darkest, coldest time, life is waiting to spring forth.”

“Presenting our new design, Shuǐ Lóng (Water Dragon) the divine mythical being possessing wisdom, protection and power. The dragon’s power is intimately linked with the natural world, the symbol and source of this being the pearls held in its claws. We have first woven it in the Caprica and Ember colourways as we wanted to take the opportunity with the red warp reweaving. However as we didn’t want to go into red overload, and also considering the season, we have only made a few in these colours. Shuǐ Lóng will be available in the next collection in some other colours and blends.”

The Tibetan Water Dragon – Shui Long was among the first patterns released by Oscha. The design has been especially popular with parents whose children were born in the Chinese Year of the Dragon (February 2012 – February 2013) but it has attracted other fans as well. It’s not a pattern for everybody and thus has a relatively small (but dedicated) fanbase.

Midnight is the transition time period from one day to the next: the moment when the date changes. In ancient Roman timekeeping, midnight was halfway between sunset and sunrise, varying according to the seasons. Source: Wikipedia. Shui Long Midnight continues a colourway first started with the release of Starry Night Midnight (released in a 100% cotton and a bamboo/cotton blend).