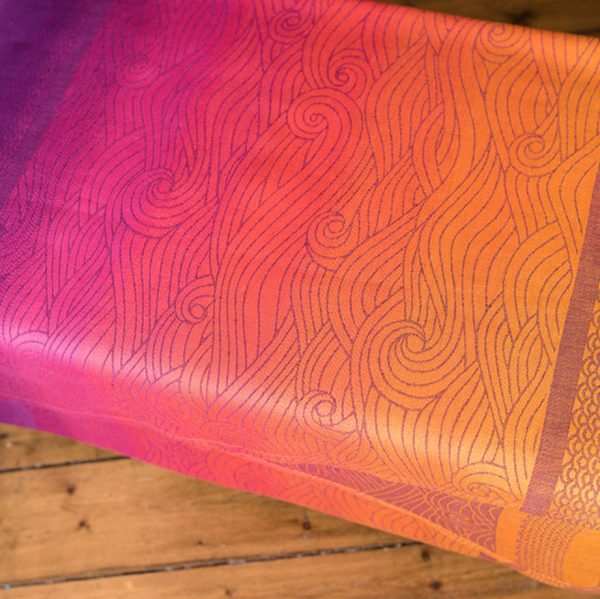 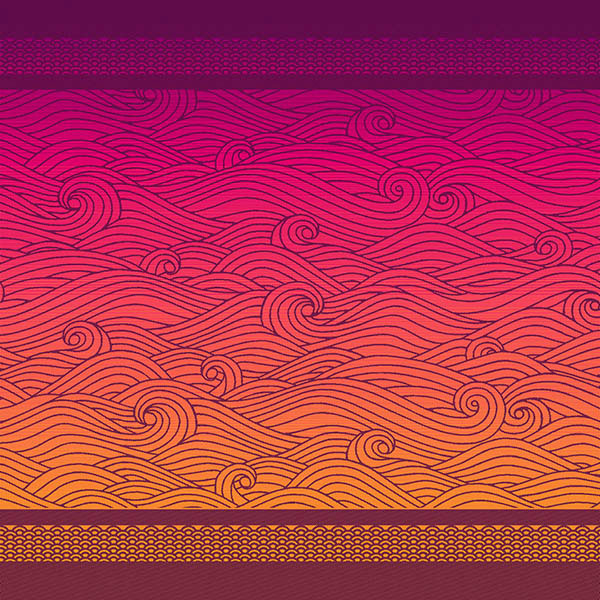 This is a strong breathable wrap which will need a little breaking in. Perfect for bigger kids, hemp and linen provide excellent support as well as a gentle shimmer, while organic combed cotton gives a little cushy softness which will only increase with wear.

Kasumi and Rei are both based on the Okinami pattern, but they feature only the lower wave part. While Rei shows only waves, Kasumi has a border with a pattern that became known later on as Sekai.

Kasumi is a Japanese name (quite a few Manga characters bear the name) as well as a few other things. It literally translates to ‘Mist’. The source of the pattern name hasn’t been found (yet).

Mistral Gagnant was a type of candy that is no longer available. It was made of powdered sugar that fizzed on the the tongue in a way that was supposed to be as refreshing as the mistral wind. It was sold in a little envelope and the powder was sucked up with a black licorice straw. Some packets were marked inside with the word gagnant, or “winner” and the lucky boy or girl could trade it in for a free pack. Source: onequalitythefinest.com