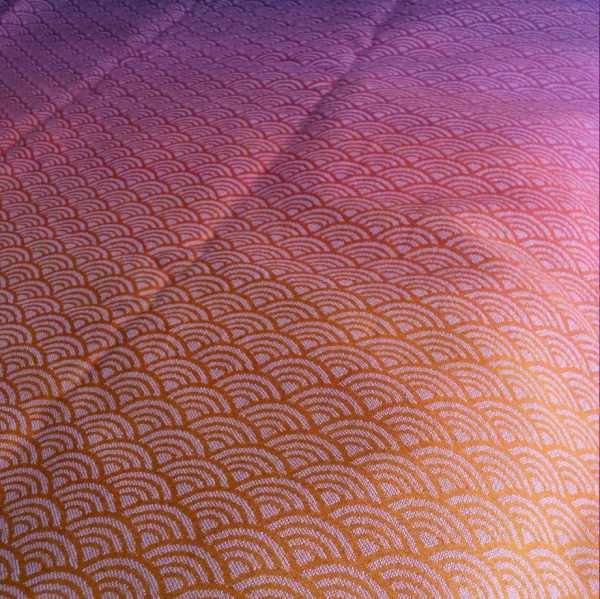 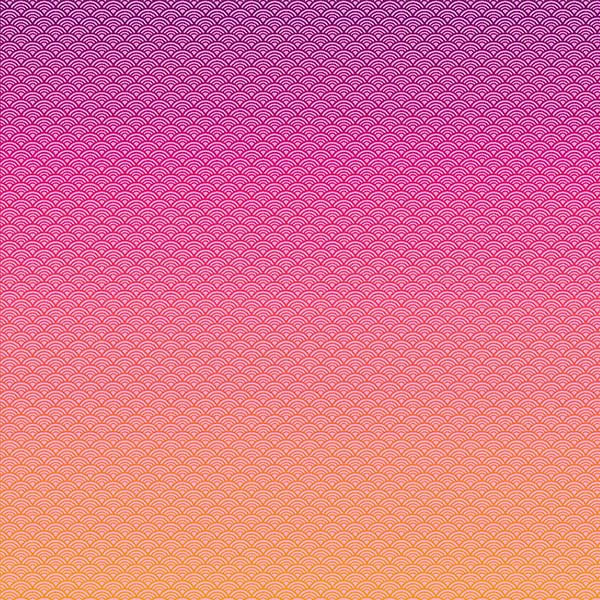 Sekai Berlingot: Part of the group exclusive preorder ‘Péché Mignon’ by the Facebook group ‘Fanas d’Oscha (et autres raretés)’, this is a lovely soft wrap with a cottolin warp and a viscose bamboo weft. This gorgeously vibrant pre-order wrap will bring a pop of joyful colour to your day! The sweetie inspired warp fades beautifully between rich purples and pinks, through warm coral tones to a stunning orange. Sekai features a pale pink weft.

Sekai Berlingot has an estimated weight of 300gsm.

First introduced in the hugely popular Oceania Part One collection, Sekai has since become a steady favorite. Sekai, believed to be derived from the word ‘seigaiha’ (meaning ‘wave’, source: Immortal Geisha) is often also interpreted as ‘dragon scales’ or ‘WiFi signals’. It was first seen on the border of the Okinami and Kasumi patterns. A variation on this pattern is SekaiLove.

Berlingot is a traditional confectionery from Carpentras in the southeast of France. It’s a small hard pyramid shaped candy with thin white stripes, originally made from the syrup left over from conservation of fruits. Source: Wikipedia, labergamott.fr

The collection was named Péché Mignon (“Cute” or in this context more accurately ‘Sweet’), all items were named after a type of candy.