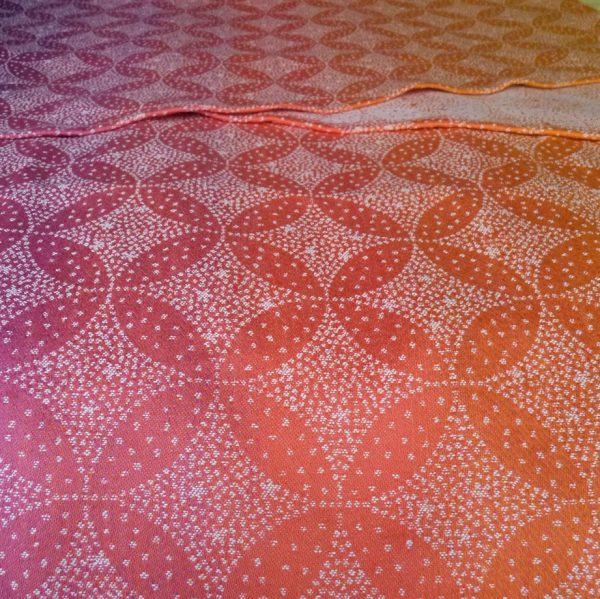 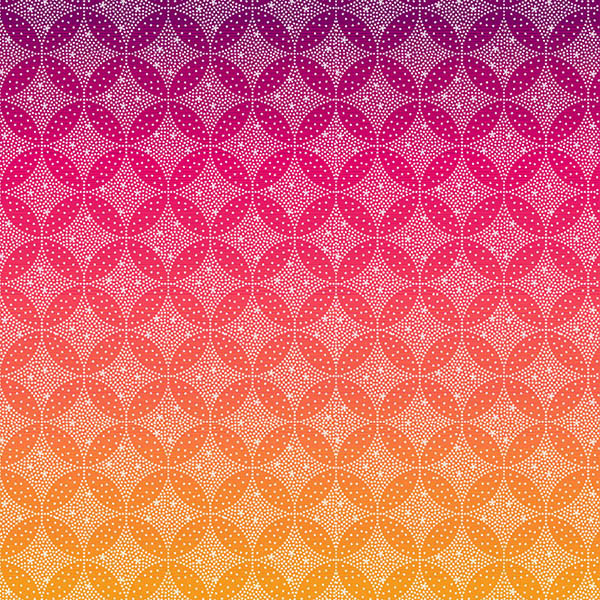 Starry Night Melba: Part of the group exclusive preorder ‘Péché Mignon’ by the Facebook group ‘Fanas d’Oscha (et autres raretés)’, this is a lovely soft wrap with a cottolin warp and an organic combed cotton weft. This sweetie inspired pre-order warp fades beautifully between rich purples and pinks, through warm coral tones to a stunning burnt orange. An ecru weft contrasts beautifully with the dark purples and pinks while it lends a subtle touch to the orange tones on the other rail.

The Peach Melba (French: pêche Melba) is a dessert of peaches and raspberry sauce with vanilla ice cream. The dish was invented in 1892 or 1893 by the French chef Auguste Escoffier at the Savoy Hotel, London, to honour the Australian soprano Nellie Melba. Source: Wikipedia