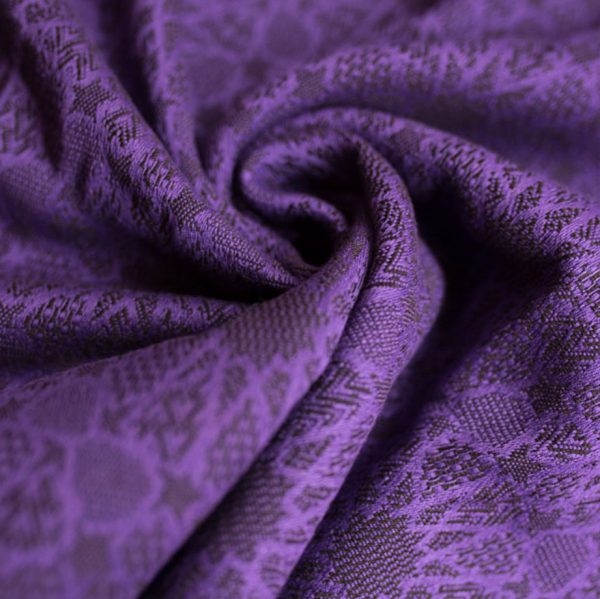 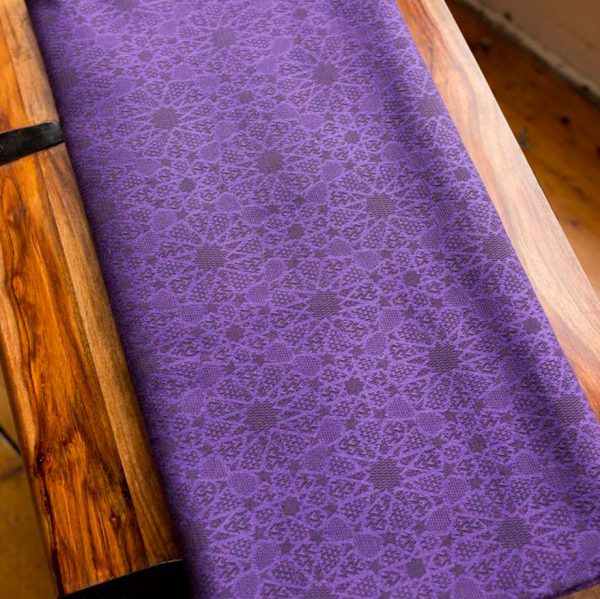 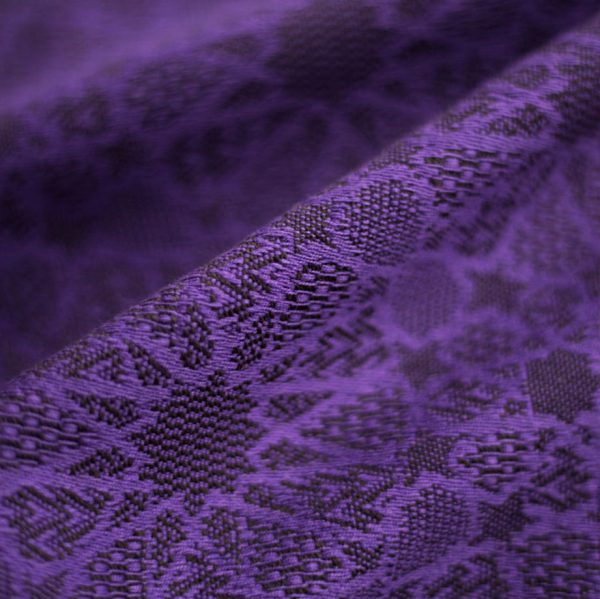 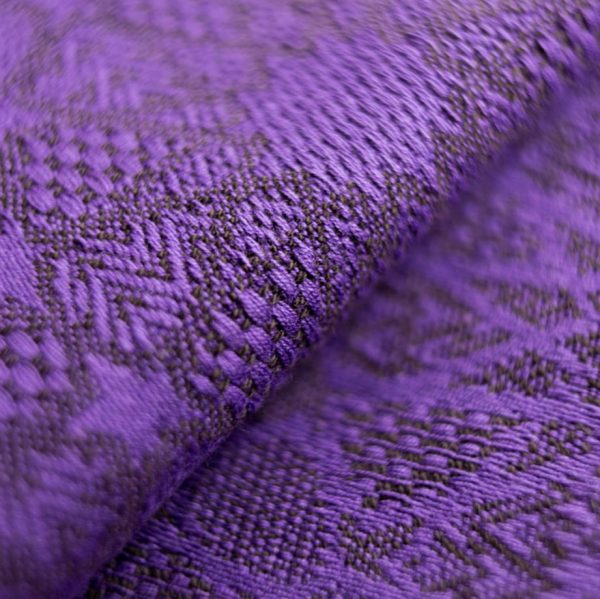 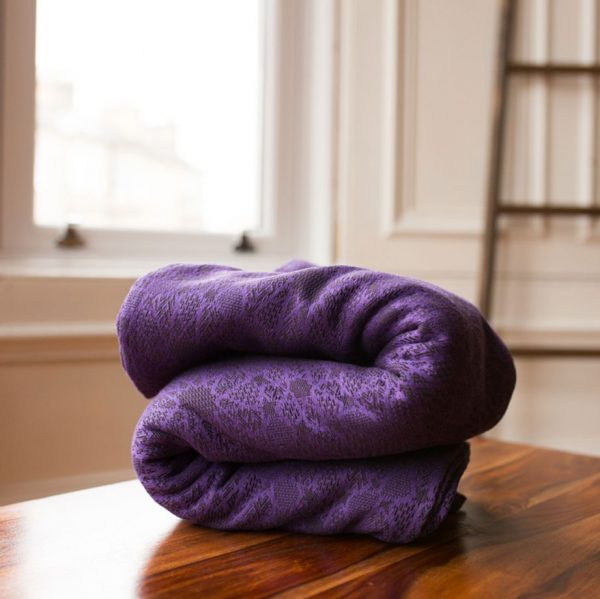 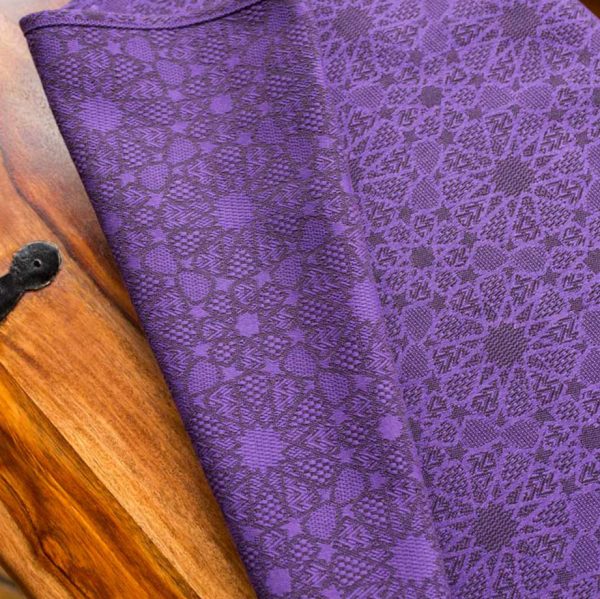 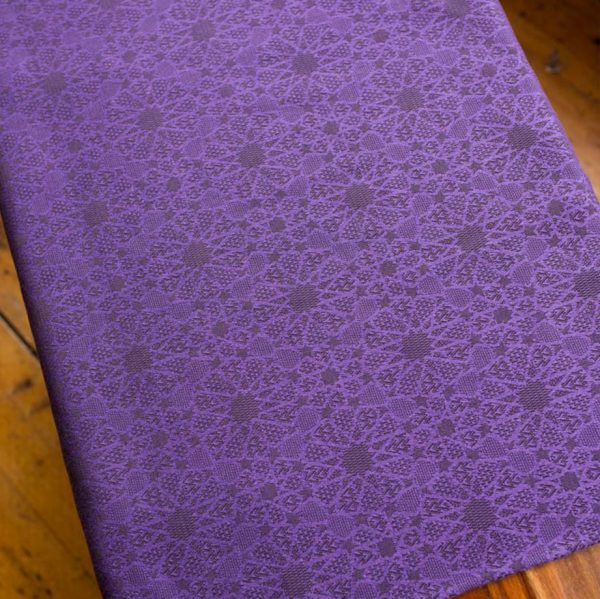 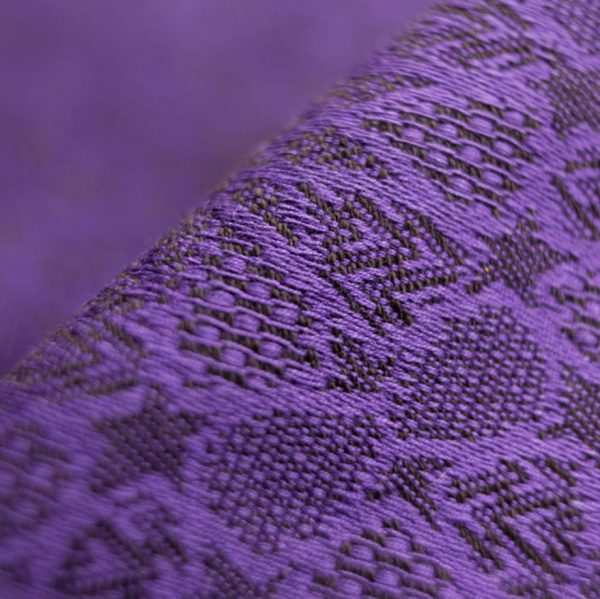 Andaluz Maleficent is one of five patterns woven for the Oscha Team Purple group exclusive. The Purple Reign collection is an exclusive preorder by the group ‘Oscha Team Purple’ and features 5 patterns: Andaluz Maleficent, Sekai Megara, Matrix Ursula, Orion Narissa, Victoriana Briar-Rose. Orion Narissa was a bonus pattern to keep the warp exclusive and cater to everyone’s different tastes (or almost everyone).

The Andaluz pattern is based on Arabic geometric designs, which can be seen in artworks in the modern Spanish region of Andalucia, dating from the Umayyad period. The shapes are then filled with intricate weave patterns, creating fine textures and a visual feast of line and detail.

The ‘villain’ witch from the fairy tale “Sleeping Beauty” in the 1937 Disney version (all names were chosen from Disney movies).