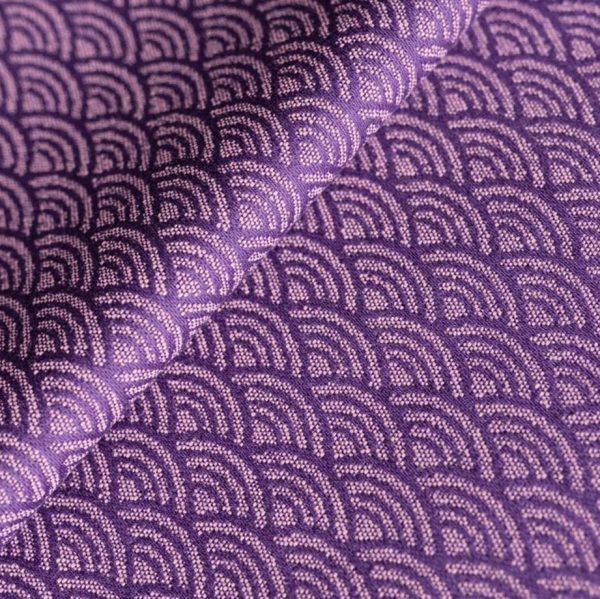 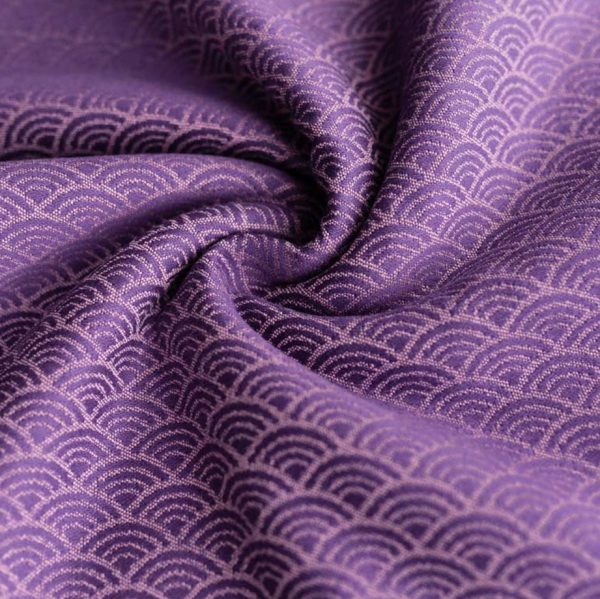 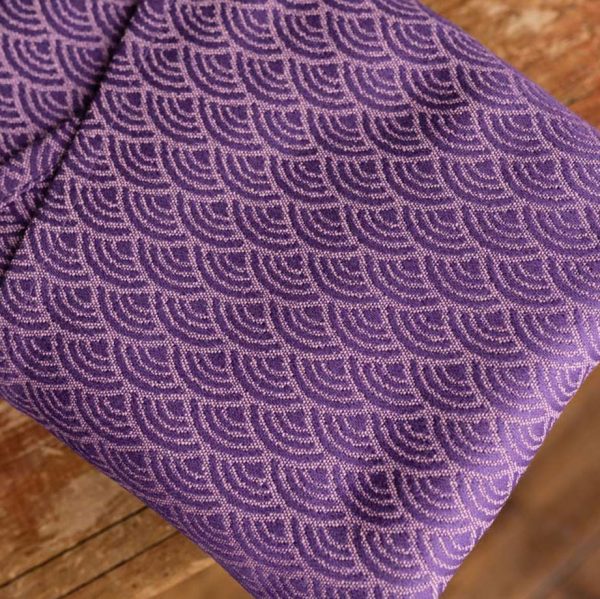 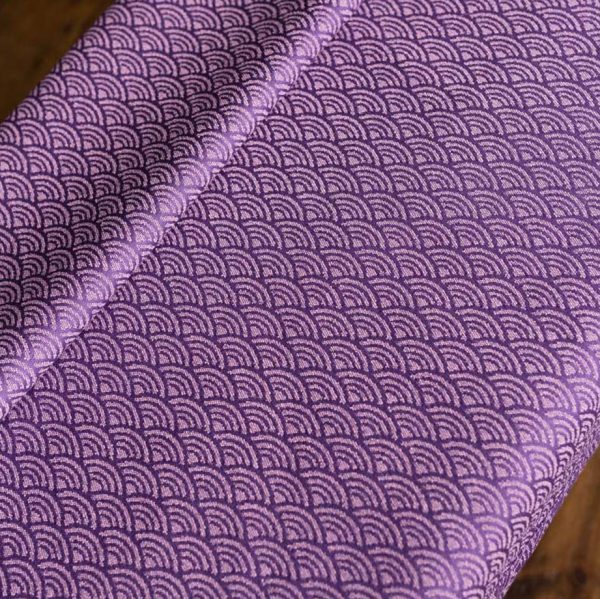 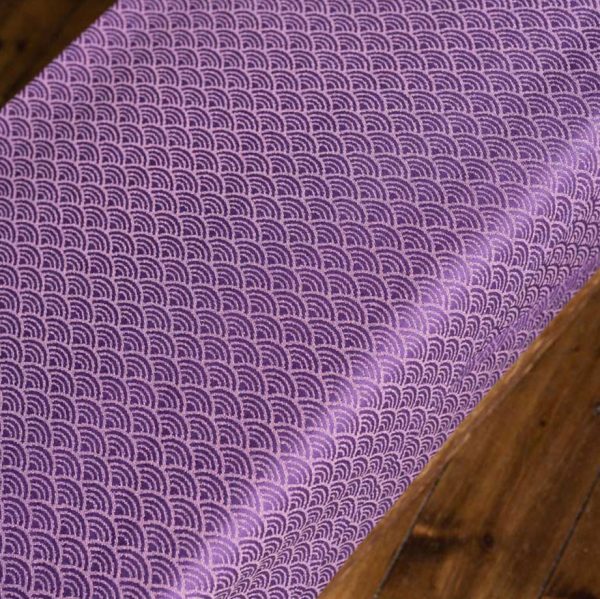 Sekai Megara is one of five patterns woven for the Oscha Team Purple group exclusive. The Purple Reign collection is an exclusive preorder by the group ‘Oscha Team Purple’ and features 5 patterns: Andaluz Maleficent, Sekai Megara, Matrix Ursula, Orion Narissa, Victoriana Briar-Rose. Orion Narissa was a bonus pattern to keep the warp exclusive and cater to everyone’s different tastes (or almost everyone).

“Ballet pink and purple gently shimmer across this cotton and pure bamboo wrap. Shiny, soft organic combed cotton is complemented by the cushy thickness of our pure bamboo weft, for a wrap which is strong, breathable and perfect for all ages.

First introduced in the hugely popular Oceania Part One collection, Sekai has since become a steady favorite. Sekai, believed to be derived from the word ‘seigaiha’ (meaning ‘wave’, source: Immortal Geisha) is often also interpreted as ‘dragon scales’ or ‘WiFi signals’. It was first seen on the border of the Okinami and Kasumi patterns. A variation on this pattern is SekaiLove.

Megara (“Meg”) is a character from Disney movie Hercules, forced by villain Hades to play the Damsel in Distress in order to try and get Hercules out of the way.