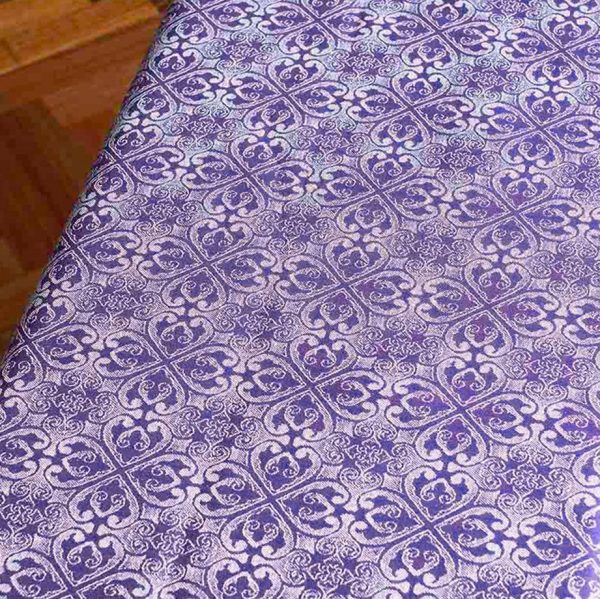 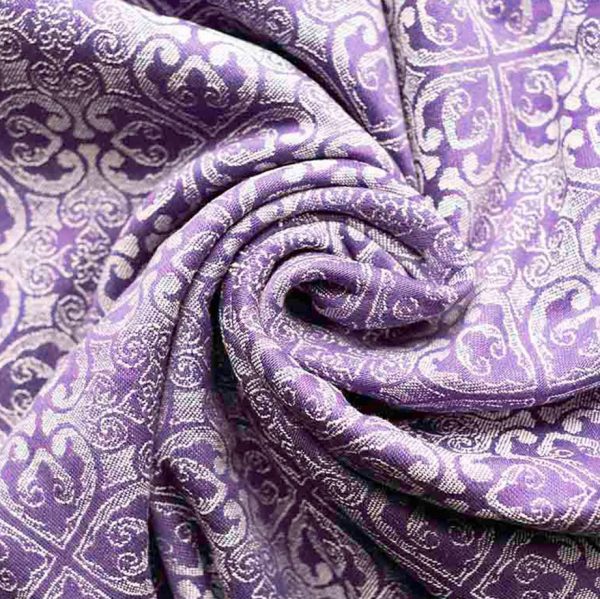 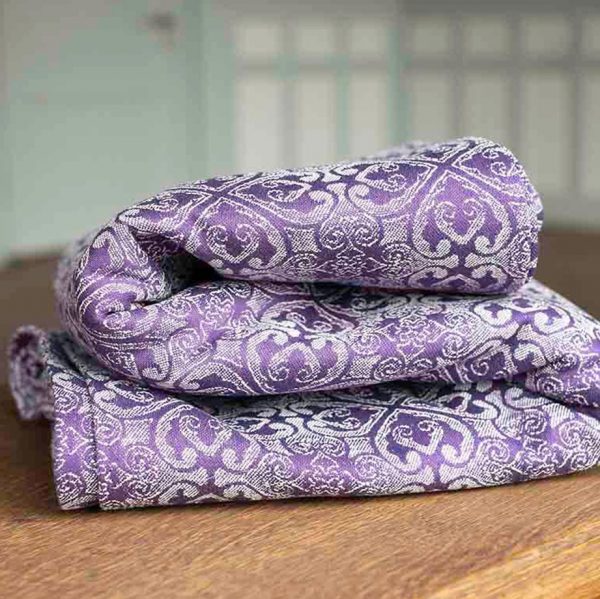 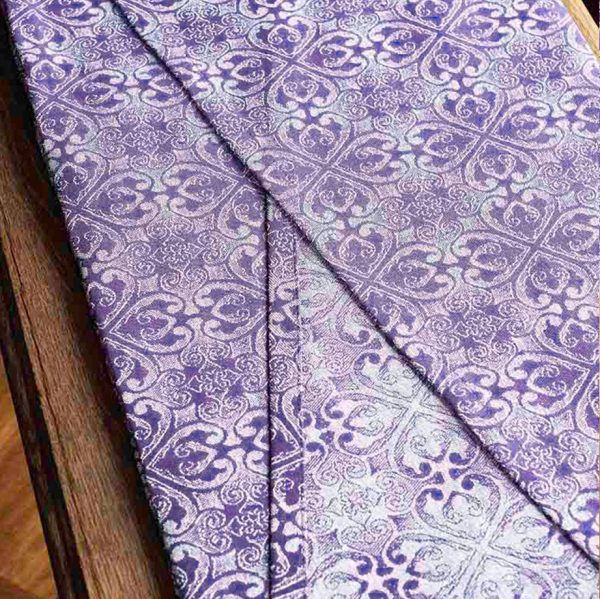 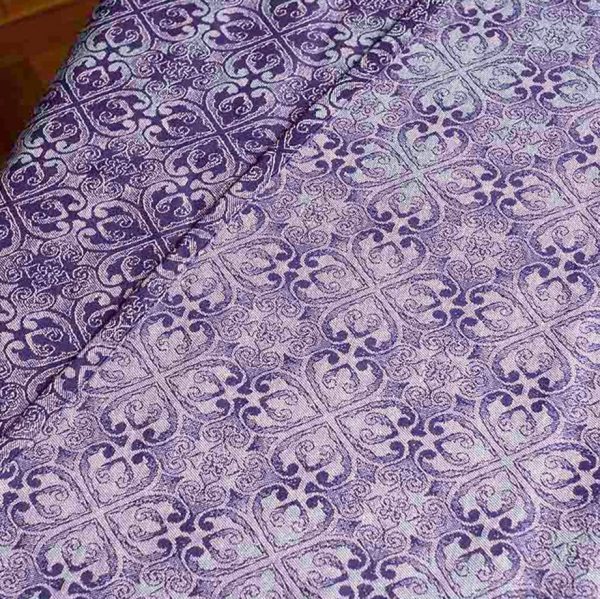 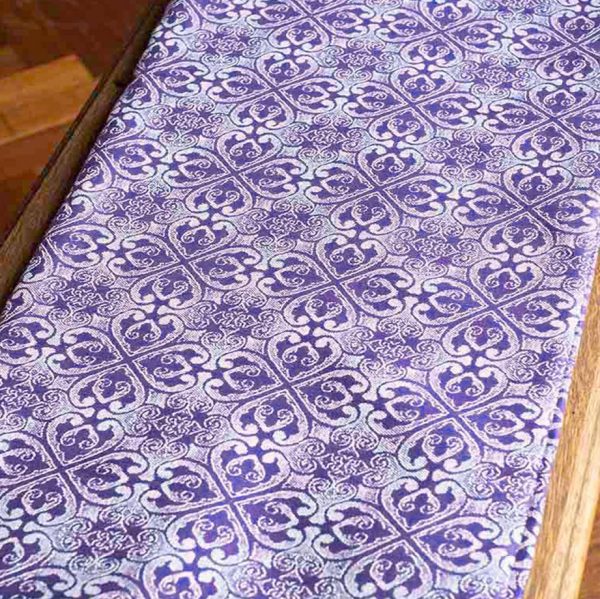 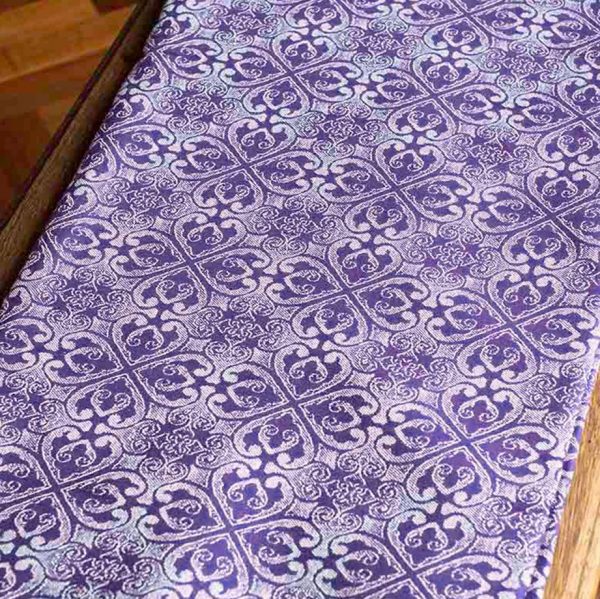 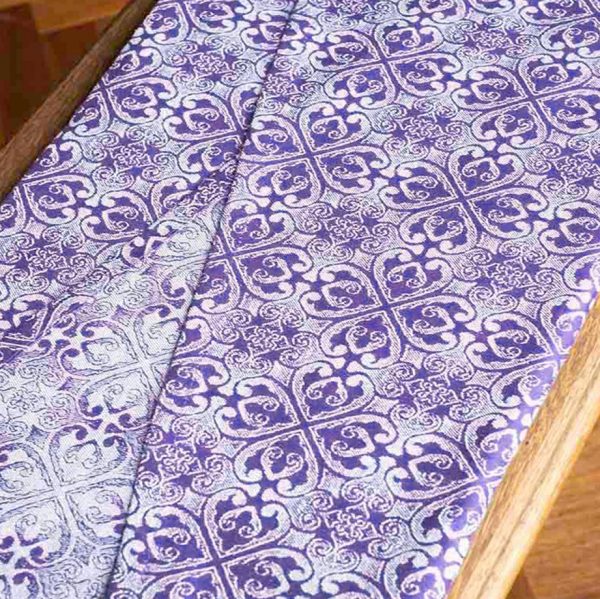 Victoriana Briar-Rose is one of five patterns woven for the Oscha Team Purple group exclusive. The Purple Reign collection is an exclusive preorder by the group ‘Oscha Team Purple’ and features 5 patterns: Andaluz Maleficent, Sekai Megara, Matrix Ursula, Orion Narissa, Victoriana Briar-Rose. Orion Narissa was a bonus pattern to keep the warp exclusive and cater to everyone’s different tastes (or almost everyone).

“A rich purple warp and a simple ballet pink weft are a stunning combination of wild silk and organic cotton wrap.

Woven with organic combed cotton for a cushy softness, and with wild silk for a little extra strength and breathability. Malleable straight out of the bag this wrap will soften with a little love to become much more floppy and soft. Perfect for all ages, this wrap is a great all-rounder.

First released as ‘Victoriana Nahua’, this pattern was originally considered a ‘group exclusive’ pattern but was later released to Oscha for general use and could thus be used for preorders too.

The name by which princess Aurora, better known to the general public as “Sleeping Beauty”, was known while squirreled away by the three fairy godmothers to try and avoid her predicted fate by Maleficent.