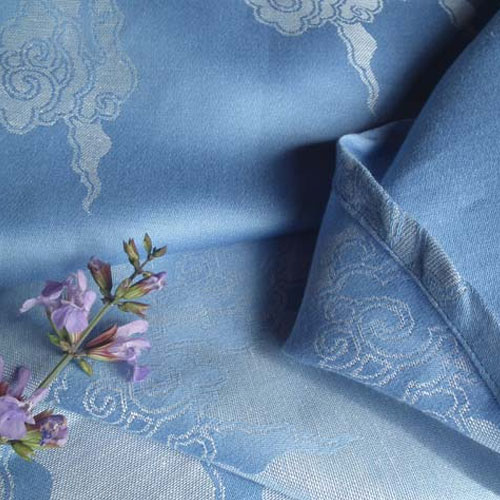 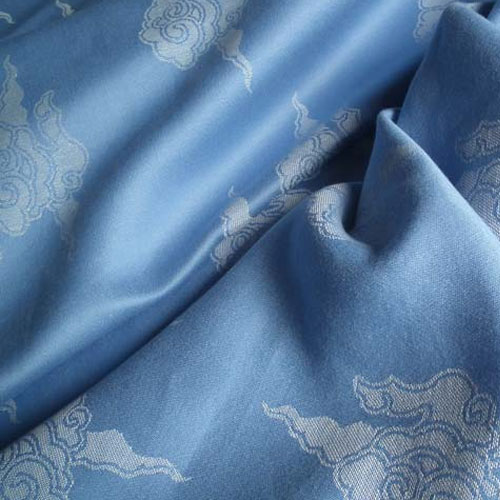 Alto Bluebell v2 was released because of the high demand – the first release of Alto Bluebell didn’t meet demand by a long run.

5 July 2012: “We will only be using colours from Machair and the Juliets and will be limiting it to a few colours/blends but we’d love to get your feedback on what you’d like to see. It doesn’t have to be the same pattern in the same colours/ fabric combo as we’ve already done, so for instance there could be a JK Orchid or a SN Ceo – if you get my drift! Alto Bluebell is already a definite. Vista blue warp with bleached linen weft gives this wrap a beautiful sheen.”

28 September 2012: “Little Machair/Juliet pre-order update: we have mostly worked through the SN FMN and Orchid and they should be ready to ship in about a week. Orchid is looking lovely, can’t decide which side we like best!
Shui Long Celandine will be close on their heels, probably followed by JK Gentian and Ceo, then Alto Bluebell. The Juliets will likely be last to come (this order is subject to change btw!).
There are a lot of wraps being made up so its going to take us several weeks to work through them all and send them out but our plan is to focus entirely on the pre-order once the Autumn Collection is done until everything has been sent out from it before listing any new items (apart from the odd grad).”

The whole preorder was done sometime in November. This was posted on November 16th 2012: “Phew, we’ve finally surfaced from the pre-order… Hello everybody!”

“On North and Western seacoasts of Scotland and Ireland a special habitat has slowly been created by the windswept shell sand overlaying peat soil; the machair. From late May this fertile plain beside the sea bursts into bloom and a glorious meadow is created. Each machair boasts its own diverse species of wildflower in this unique habitat.

This Collection celebrates the beautiful scene; the colours of the wildflowers, sky and sea, all found in one of the rarest habitats in Europe.”

I believe the name refers to a plant that is commonly known as Harebell, but known in Scotland as Bluebell. In the British Isles, harebell flowers from July to November. Source: Wikipedia.