by Pam in Reviews 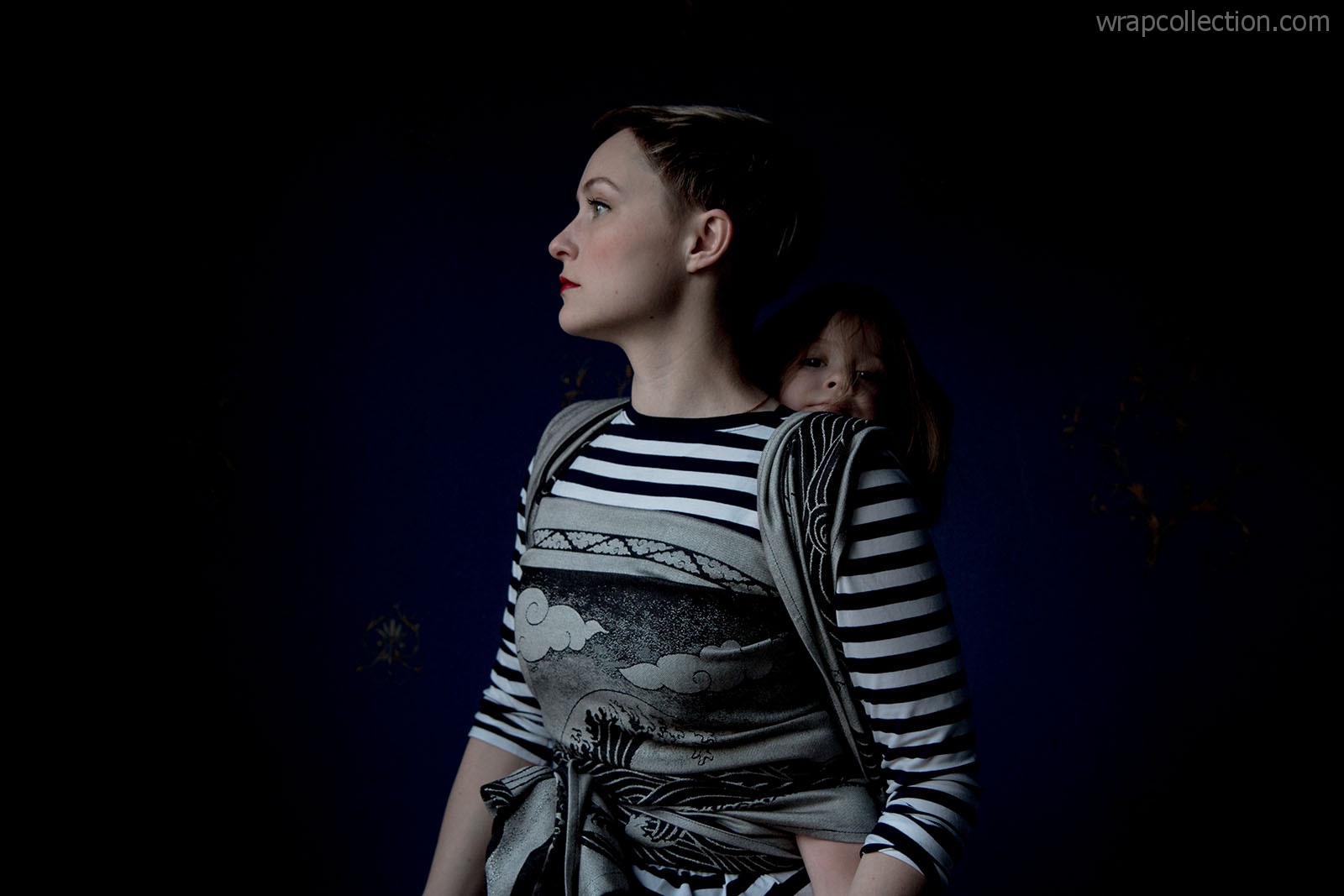 Has Katsusika Hokusai ever thought that his engraving “Big wave in Kanagava” would inspire brand Oscha after 200 years? Of course not. Thereby it’s interesting to follow, how a big wave wraps around the Earth, travelling from Japanese to British Isles, in order to come down and swish, not as foam, but as cloth.

We are presenting the fourth monochrome Okinami by Oscha — Midnight.

Okinami Midnight is a wrap weaved from SeaCell (blend of sea weed and viscose tencel), silk and bio-cotton. It goes without saying, one cannot miss a unique yarn with sea weeds of Island’s fjords when weaving a wrap on British Isles with the pattern of Japanese waves. It’s impossible how to miss a joy of babywearing in Okinami Midnight.

Okinami Midnight is a thin, but heavy wrap — 358 gr/m2. It is very pliable, it can be rolled into a thin binder. Smooth cloth lovely lies down on shoulders, wrapping into silky prison, distributing the weight. Okinami Midnight is a bit slippery when wrapping, but after wash it should be more packless and add some bounce. Now we may say that Oscha made a great present to those who love silky wraps, fall in love with poetry and symbolic, fond of graphic patterns and is given to minimal colors.

This wrap will fit to babies from 3 months to 4 y.o. toddlers — despite the mentioned density this wrap is amazingly flexible and great support.

SeaCell gives to the wrap a sensual silkiness. It is namely that silkiness, which you are waiting from the silk but never actually receive (in the world of wraps it may be explained as wrong washing, second weft, not enough thick yarn etc). So Okinami is a heart of silk delight, dressed with a touch of velvet. Cool cloth is flowing between the fingers as a waterfall, move as a brook on the shoulders, cosy splashes under the babie’s cheek. 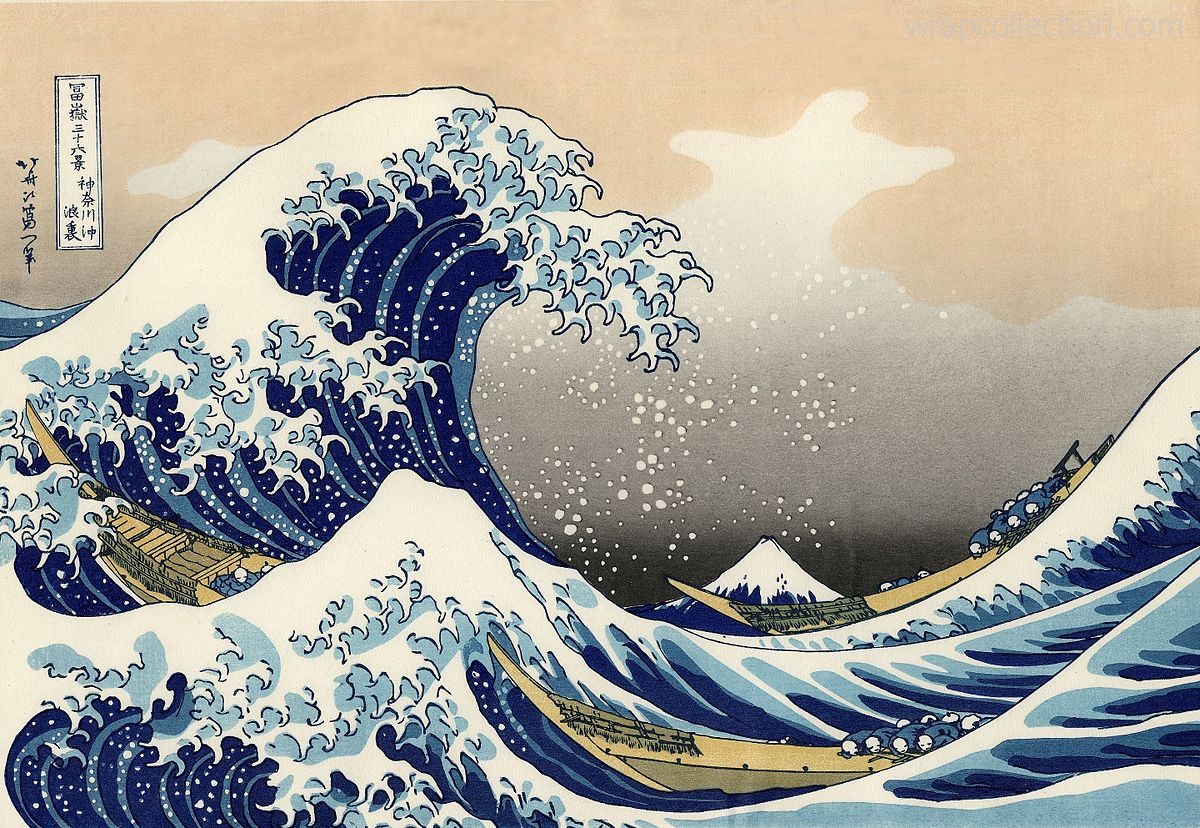 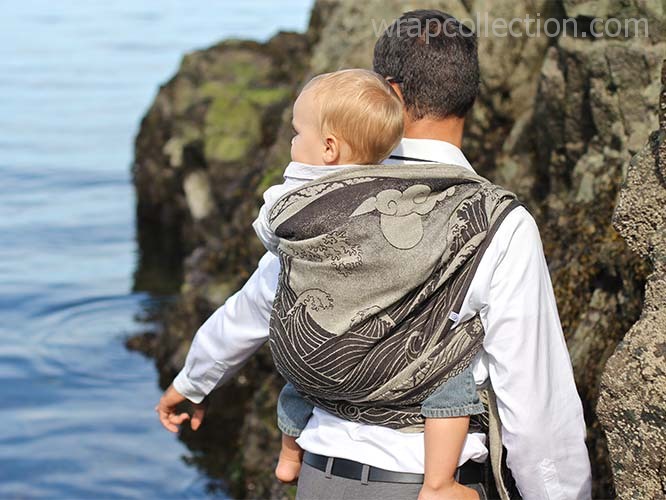 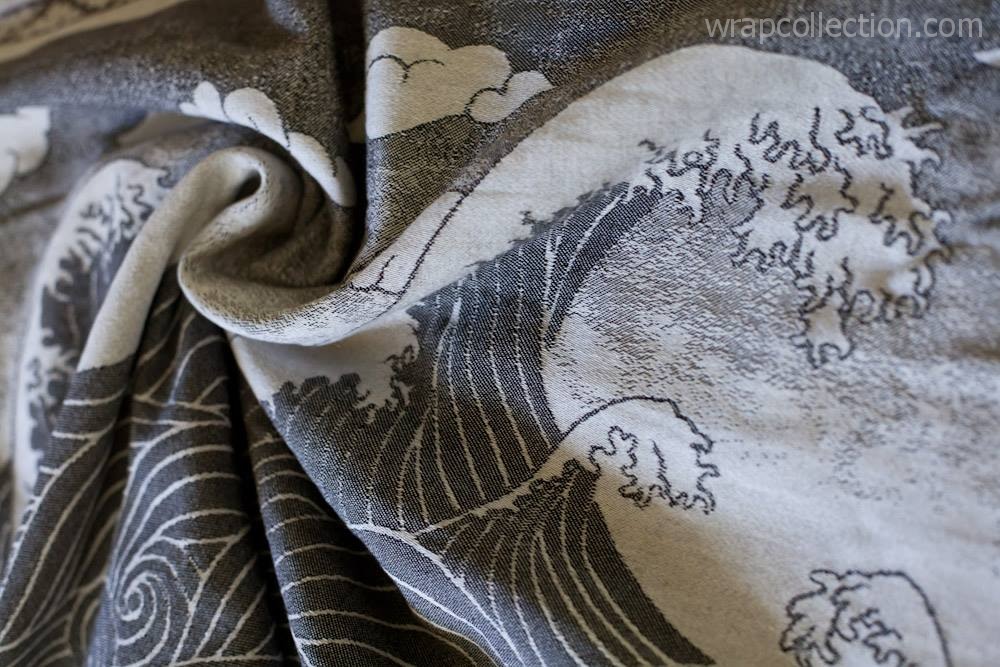 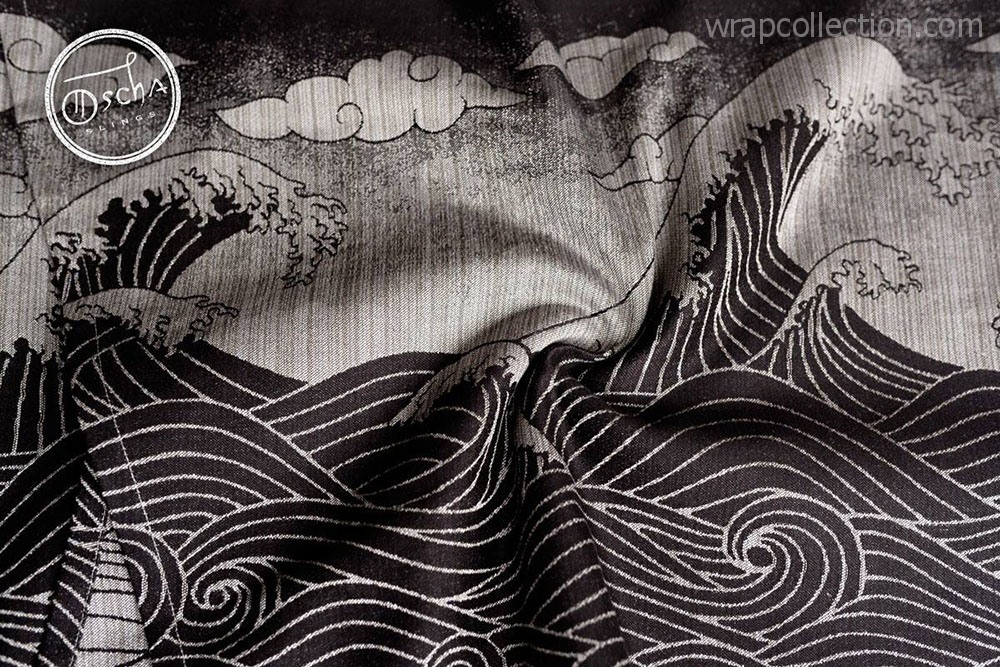 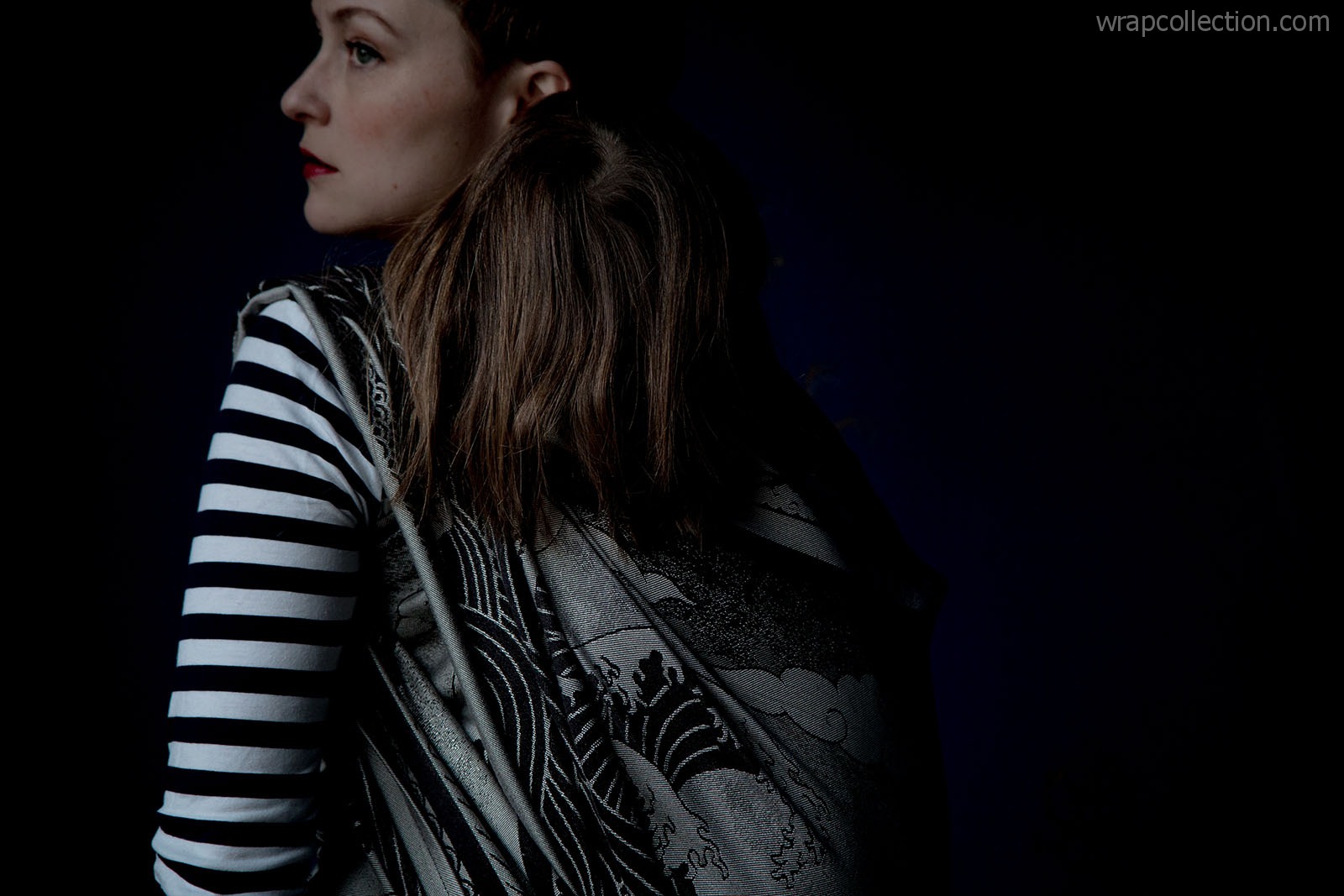 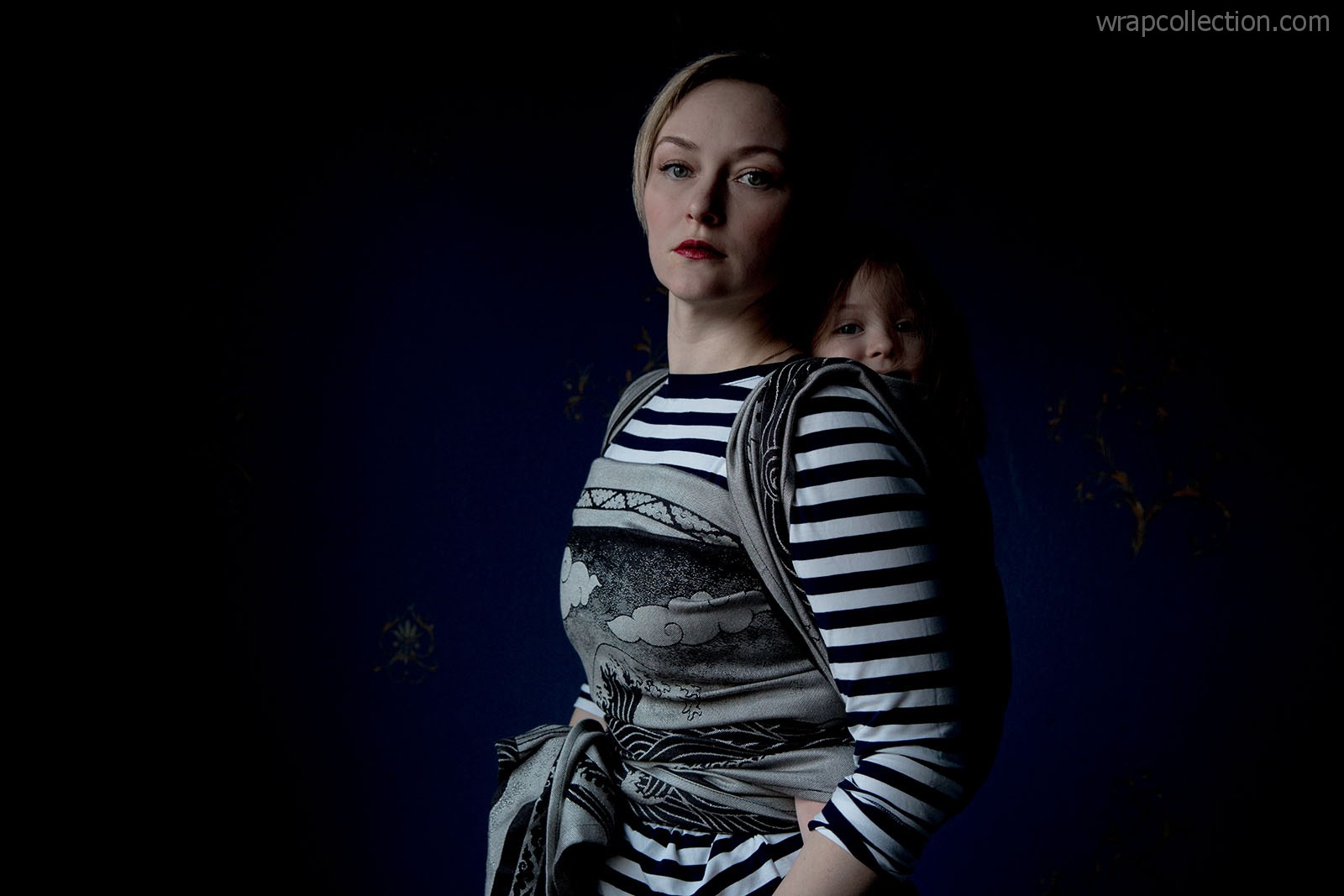 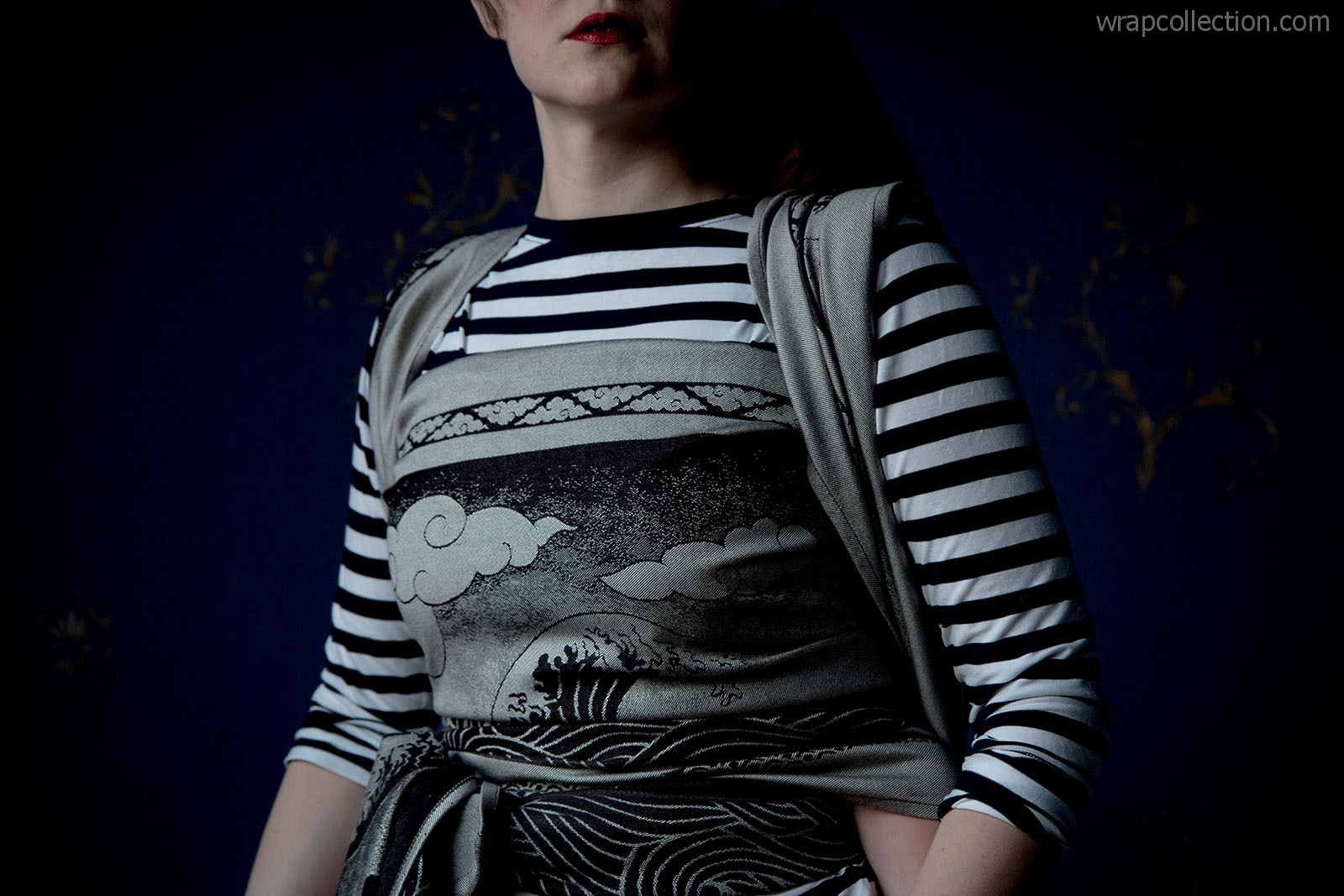 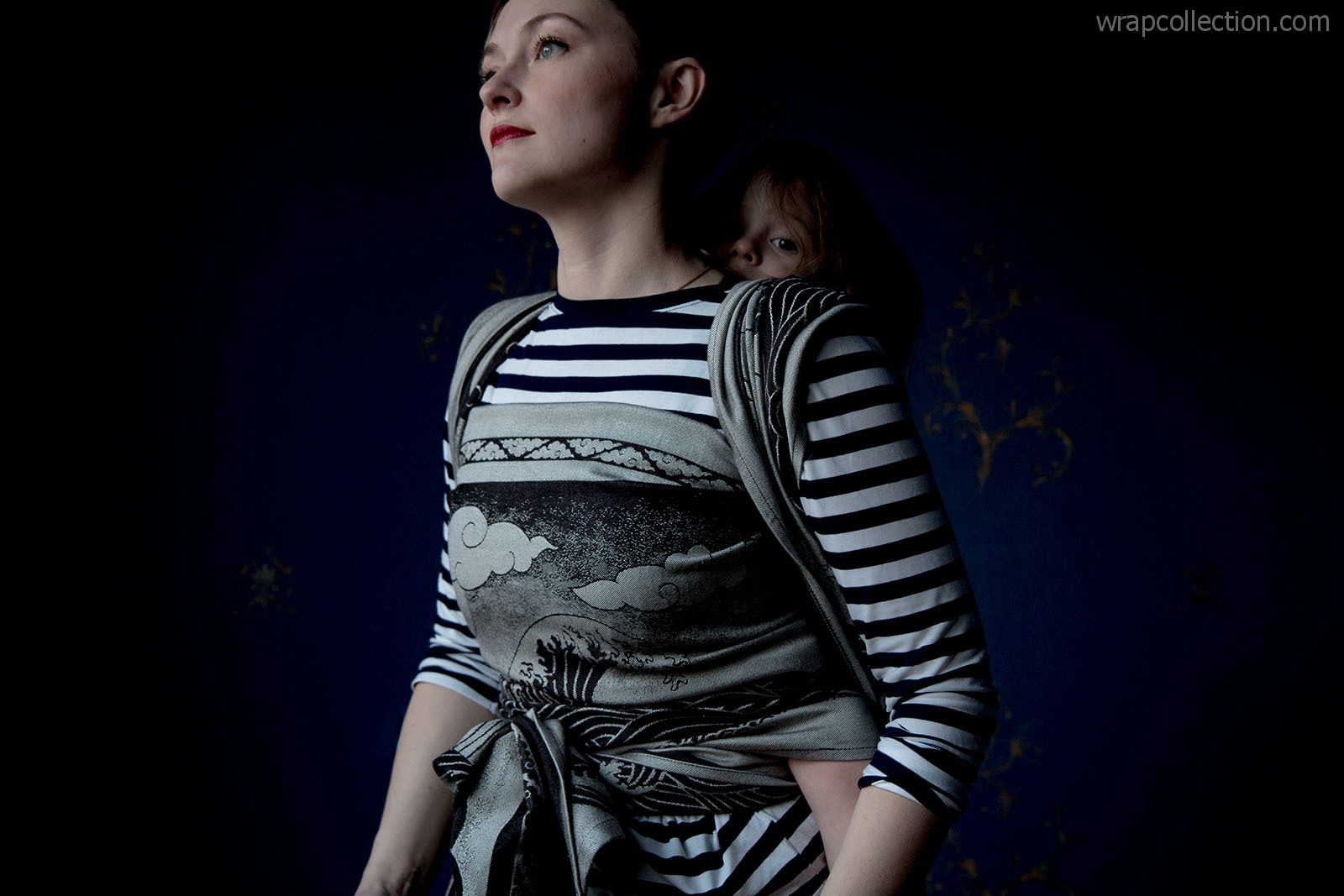 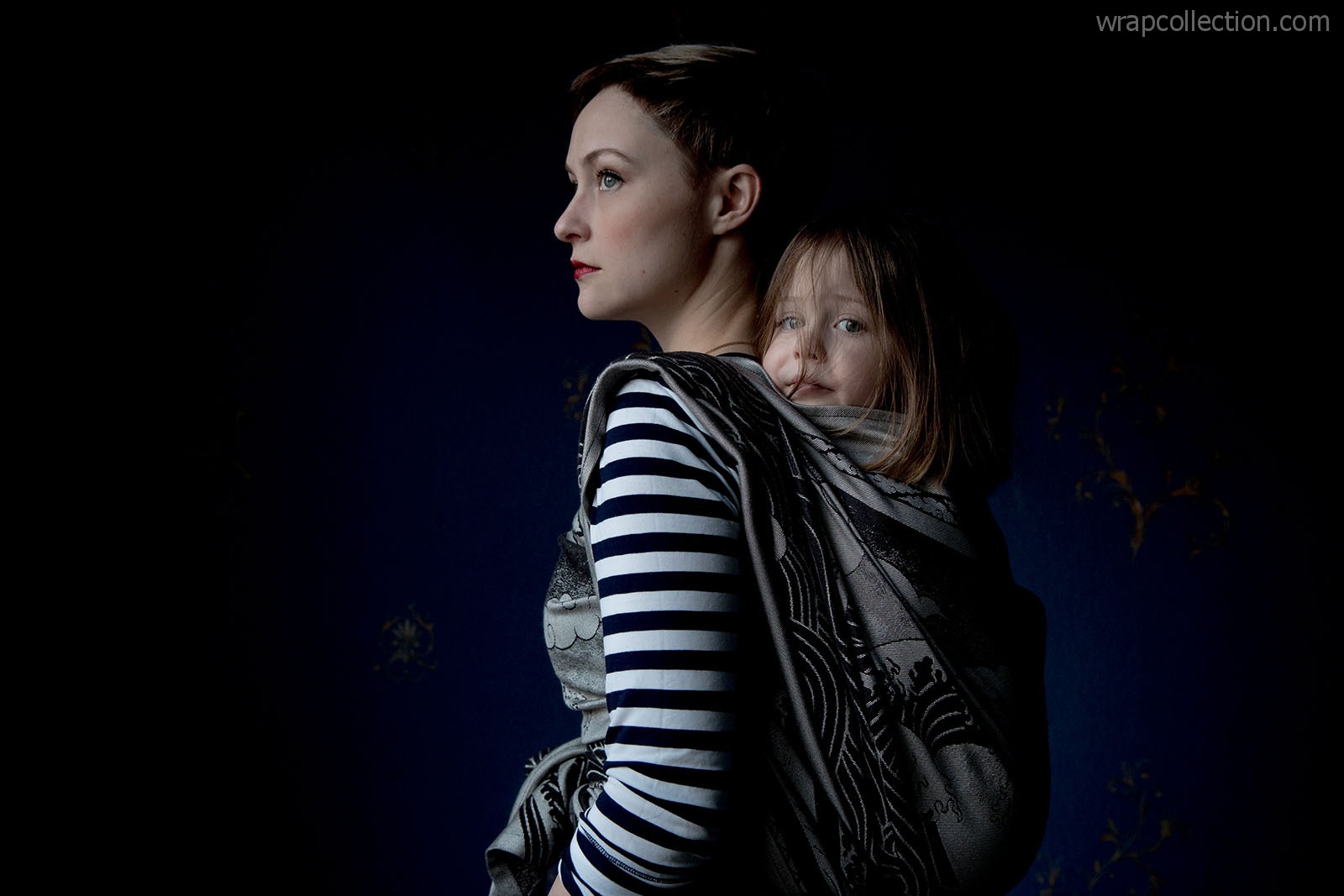 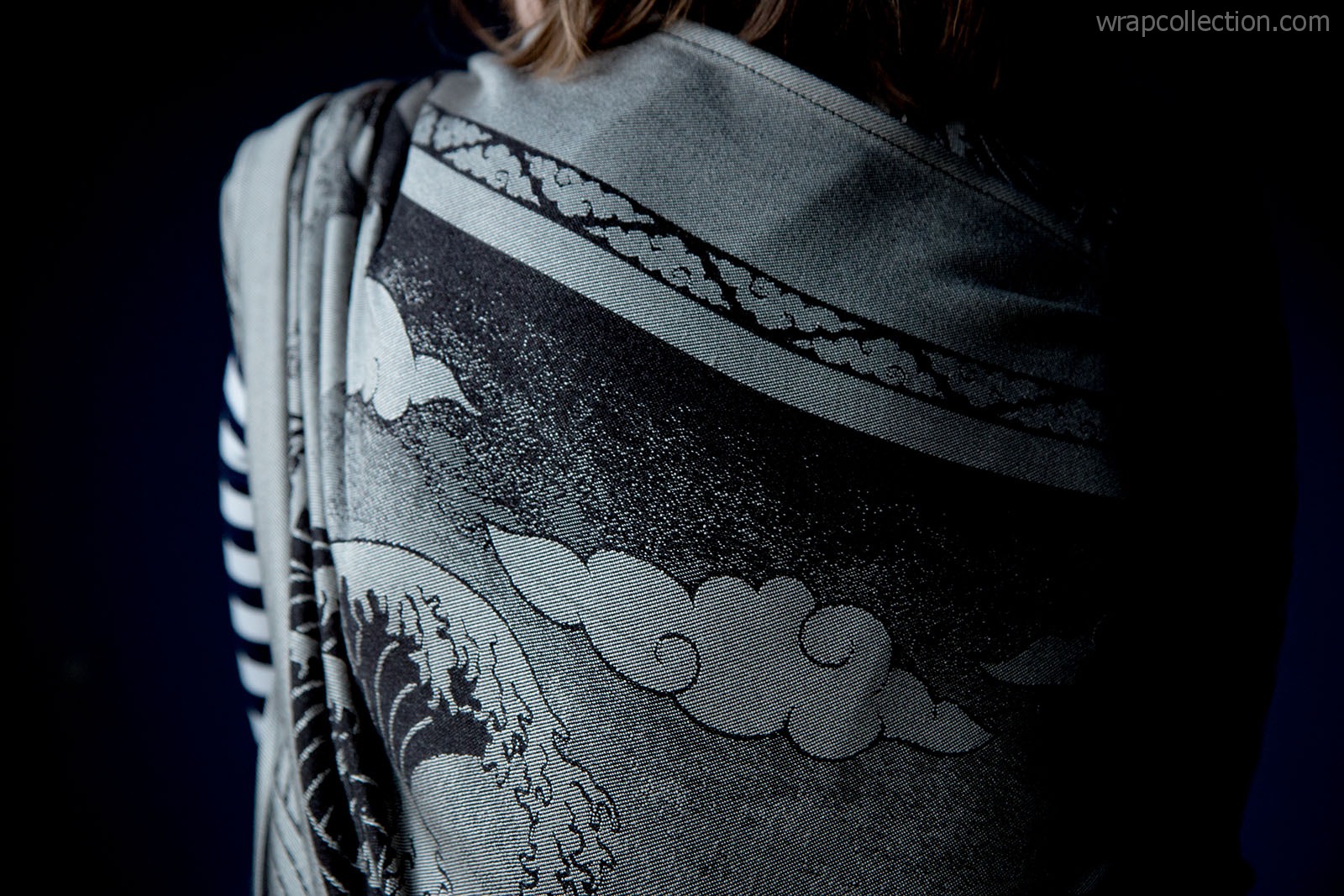 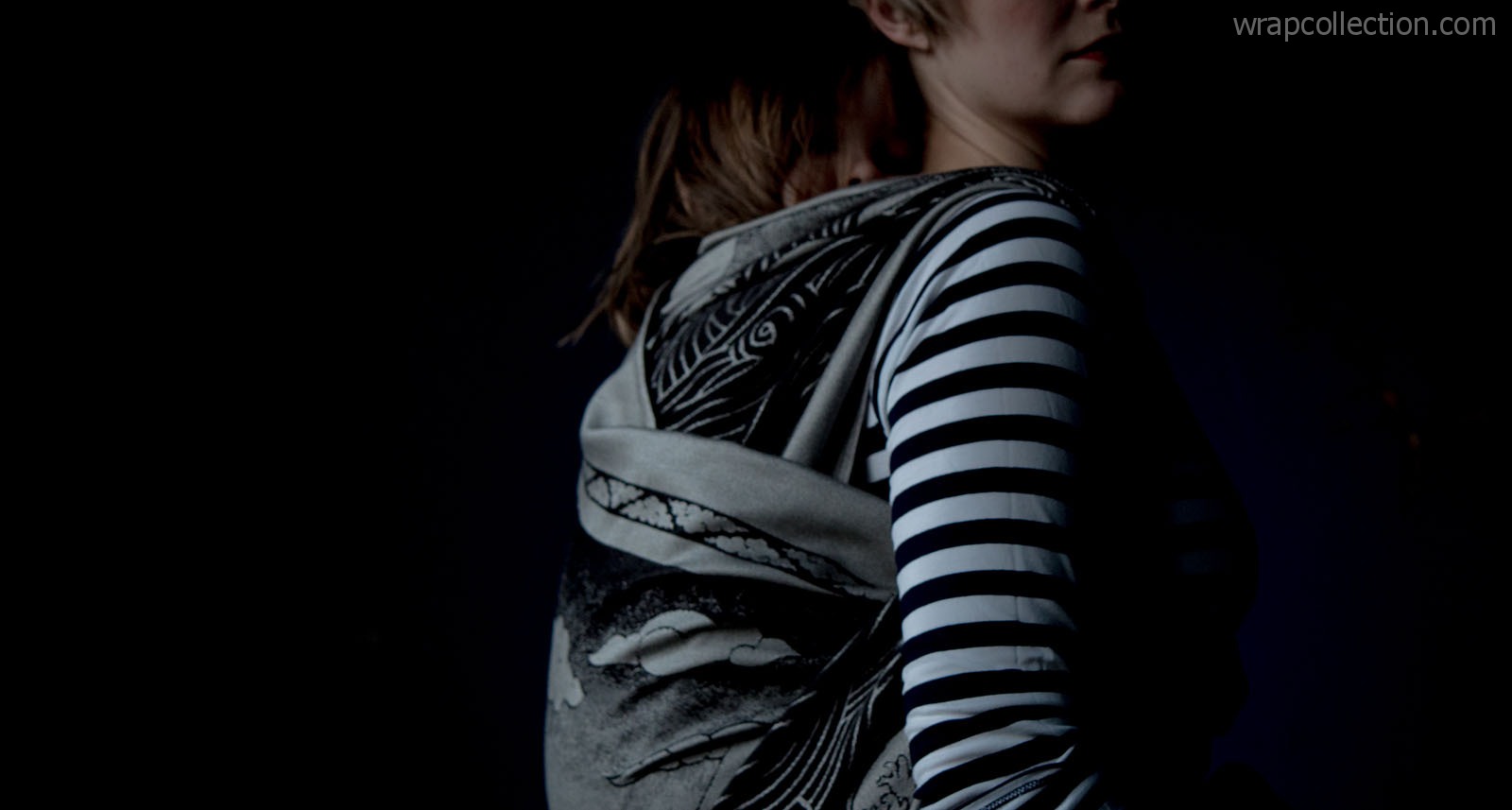