by Pam in Interviews

After raising a baby girl and two twin boys, Zoe Masters realised just how pivotal baby slings were to parental life. After pondering on an idea, Zoe and her father Mike spotted a niche in the market and decided to design their own products with an authentic British twist. They told BQ how they made it happen. 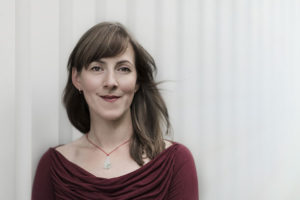 Edinburgh-based Oscha Slings design and manufacture artisan baby carriers which are sold both online and in stores across the globe ranging from Singapore to Switzerland.

Zoe first became interested in slings after living in China. She noticed how snug and happy the carried babies seemed, rarely crying, and how the women could carry on their daily work and routines with minimum fuss.

When Zoe became pregnant with her first child she knew that she would carry her. Since then she has had twins and the use of slings proved invaluable in caring for 3 children under 2; one child can be comforted, another held, and work can be done.

She told BQ: “I had three children under two – a little girl and twin boys. Obviously we were delighted, but it was incredibly hard work!

“We found baby slings were a life saver – enabling work to be done, everyone to be cared for and also helping with bonding and being able to get out and about more easily.

“There were few ergonomic options available at that time and I realised that there was a gap in the market for beautiful, design-led baby carriers.”

She pitched her business idea to her father Mike, who having originally trained as an engineer and worked for McLaren F1, is a self-taught artist and graphic designer. He brings an incredible eye for style, line and detail to the Oscha designs.

Zoe is also a fine artist who originally graduated in anthropology and enjoys bringing social and cultural elements into the wrap designs and collection themes.

She added: “Initially we didn’t receive any advice when setting up. Once we had established premises and taken on some staff however, we found that Business Gateway/Scottish Enterprise and Edinburgh Chamber of Commerce offered various programmes.

“We are now on the ‘Growth Pipeline’ and have received support such as funding for new machines, training, management and marketing help.”

As with any start-up business, the duo encountered a number of challenges along the way. One of which, was ensuring they were making the most of the ecommerce market place.

Zoe said: “Our website was our biggest challenge – the business took off quite quickly and we couldn’t handle the level of visits we were getting – the site would crash and oversell products.

“We struggled to find someone who could set up a site for a small business but also be able to manage the level of visits we would get when we listed new stock.

“We tried outsourcing the work and got advice from Business Gateway, but eventually we realised that we need a dedicated and skilled web master doing the work and, as our main shop front, this is an area we have to invest in.”

The father and daughter duo are now set to launch a new range of products as demand for their products continues to grow.

She continued: “We have been developing new types of baby carriers for the last two years and have just begun to launch them – this has involved the development of a creative marketing strategy, hiring new staff to make them and managing the process from start to finish.

“We were the first company in the UK to make jacquard woven slings. Everything is made in the UK and we aim to produce everything ethically from organic yarns where possible.

“Our artistic focus makes our designs beautiful and unique, with a focus on the style of the parent rather than making the focus of the design on the baby. This means the slings are also a style choice for parents and carers.”

Going forward, the Oscha team are hoping to make babywearing become the norm in the UK as it is in the Far East.

“Having launched all our products that are in the pipe line just now, we’d love to see babywearing become the norm and the Oscha name readily associated with it.”